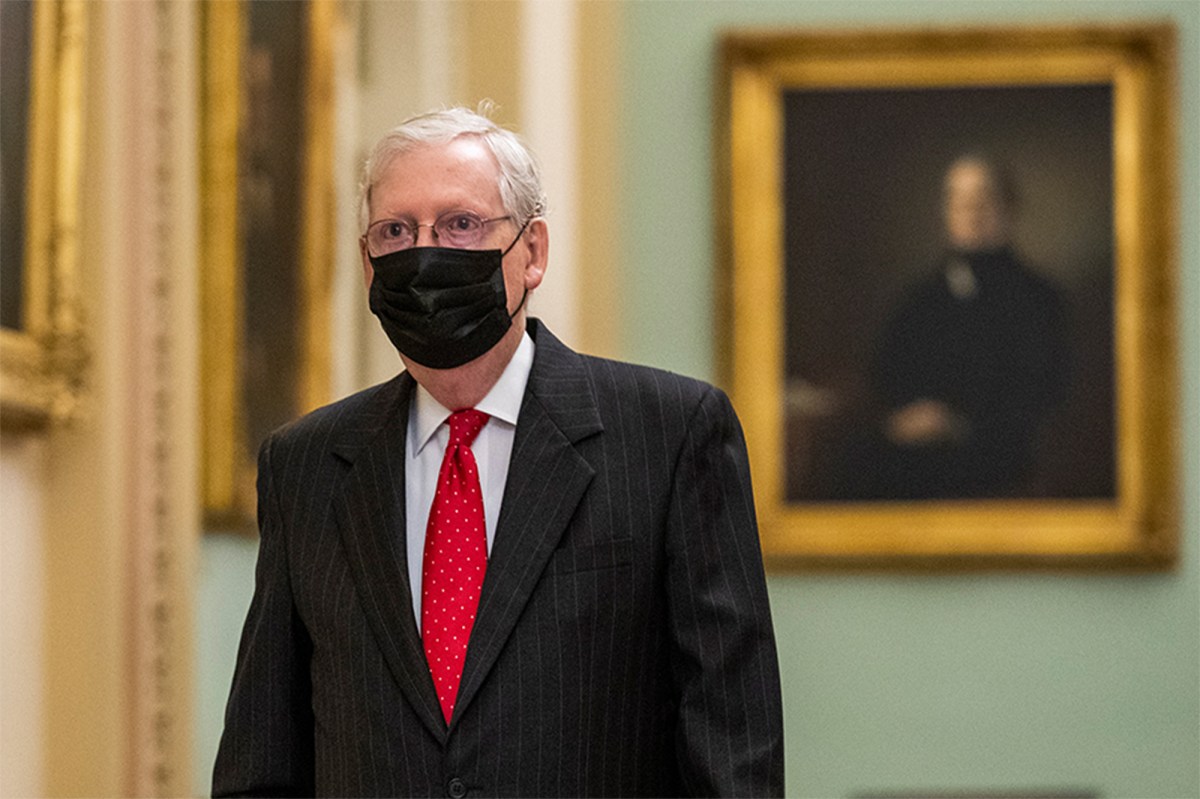 WASHINGTON — The U.S. Senate will vote on Wednesday on a $300 billion Senate Republican coronavirus relief bill that is far below the estimated $2 trillion that Democrats have demanded.

The bill, dubbed a “skinny” relief bill for its pared-down funding, was already rejected here by Democrats in September and is again expected to fail.

House Speaker Nancy Pelosi and Treasury Secretary Steven Mnuchin spoke for an hour and 15 minutes Saturday evening and their staff “will continue discussions, and they have agreed to speak again on Monday,” Treasury spokeswoman Monica Crowley said on Twitter.

Pelosi spokesman Drew Hammill said that there was progress on coronavirus testing but “there remains work to do to ensure there is a comprehensive testing plan.”

He added there are numerous other differences “that must be addressed in a comprehensive manner in the next 48 hours.”

Hammill also said “decisions must be made by the White House in order to demonstrate that the Administration is serious about reaching a bipartisan agreement that provides for Americans with the greatest needs during the pandemic.”

On Oct. 10, Mnuchin proposed a $1.8 trillion economic stimulus proposal in talks with Pelosi but many Senate Republicans have balked at a package that big.

Time is winding down before the Nov. 3 presidential election to reach an agreement on a new coronavirus relief package.

“These are just some of the urgent needs that Washington should meet immediately while debates continue over the rest,” McConnell said.

In September, McConnell estimated the cost of the new PPP program at $257 billion.

Relief plans have remain bogged down over the appropriate amount of funding and related issues like coronavirus testing plans and a Republican push to protect companies from liability if their workers get infected on the job.

Airlines have pleaded with Congress for a new $25 billion bailout to keep workers on the job after a prior six-month payroll assistance program expired on Sept. 30. At least 32,000 airline workers have been laid off this month after funding ended.

John Fogerty says he is sending cease-and-desist letter over Trump’s use of ‘Fortunate Son’
“I find it confusing, I would say, that the president…