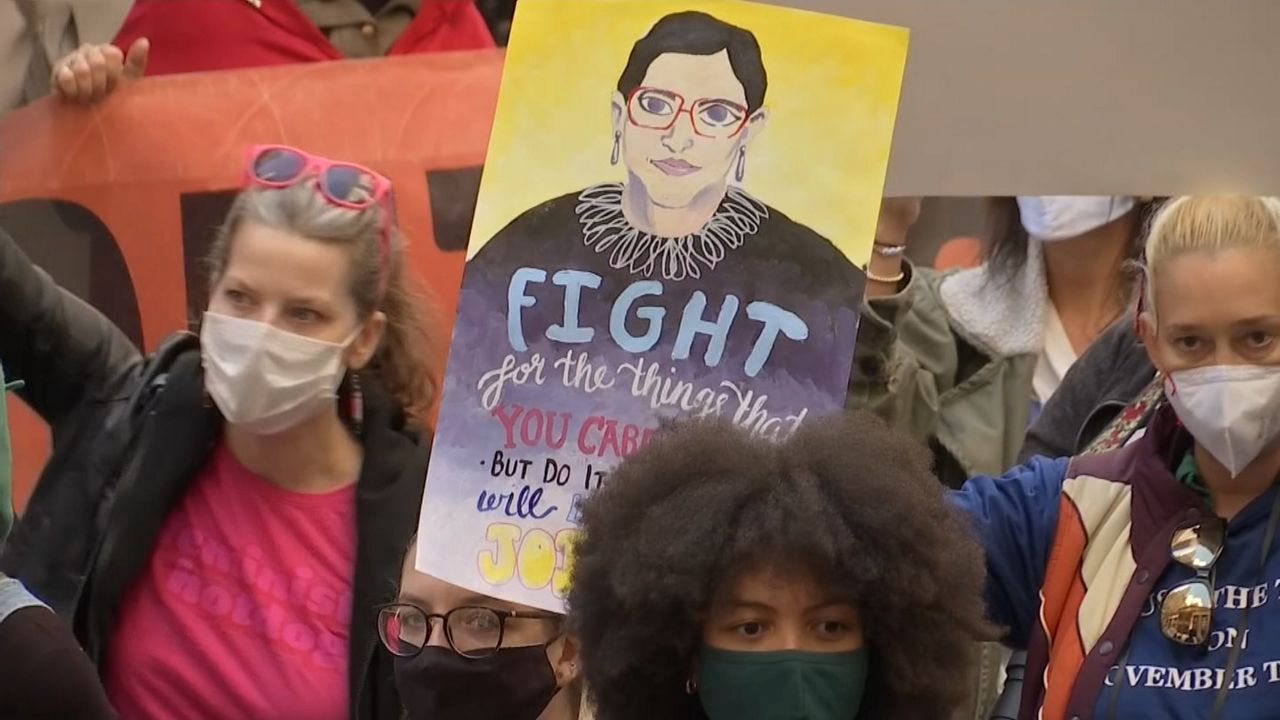 NEW YORK – With just weeks until the presidential election, for some, the stakes could not be higher.

“I am concerned about healthcare, the recession, abortion rights. I’m concerned about my LGBTQ brothers and sisters. I’m also a woman of color. I’ve never felt as afraid, as I do now,” said Ipsita Sen.

What You Need To Know

Organizers said the group fears that if the judge is confirmed to the high court, she will vote to overturn a woman’s right to have an abortion, and the Affordable Care Act. Both are key issues soon to be considered by the high court.

Similar rallies were held in other parts of the country.

Barrett was nominated by President Donald Trump to replace the late Justice Ruth Bader Ginsburg. Democrats and critics argue that the president and lawmakers should wait until the upcoming election, to instate a new judge.

“RBG stood for justice for all. We can never be confident that things are going to change, unless we do things like this,” said Maria Hartman.

Wedding of Hasidic leader’s grandchild was expected to draw 10K to NYC
A wedding expected to bring 10,000 celebrants to Williamsburg Monday…