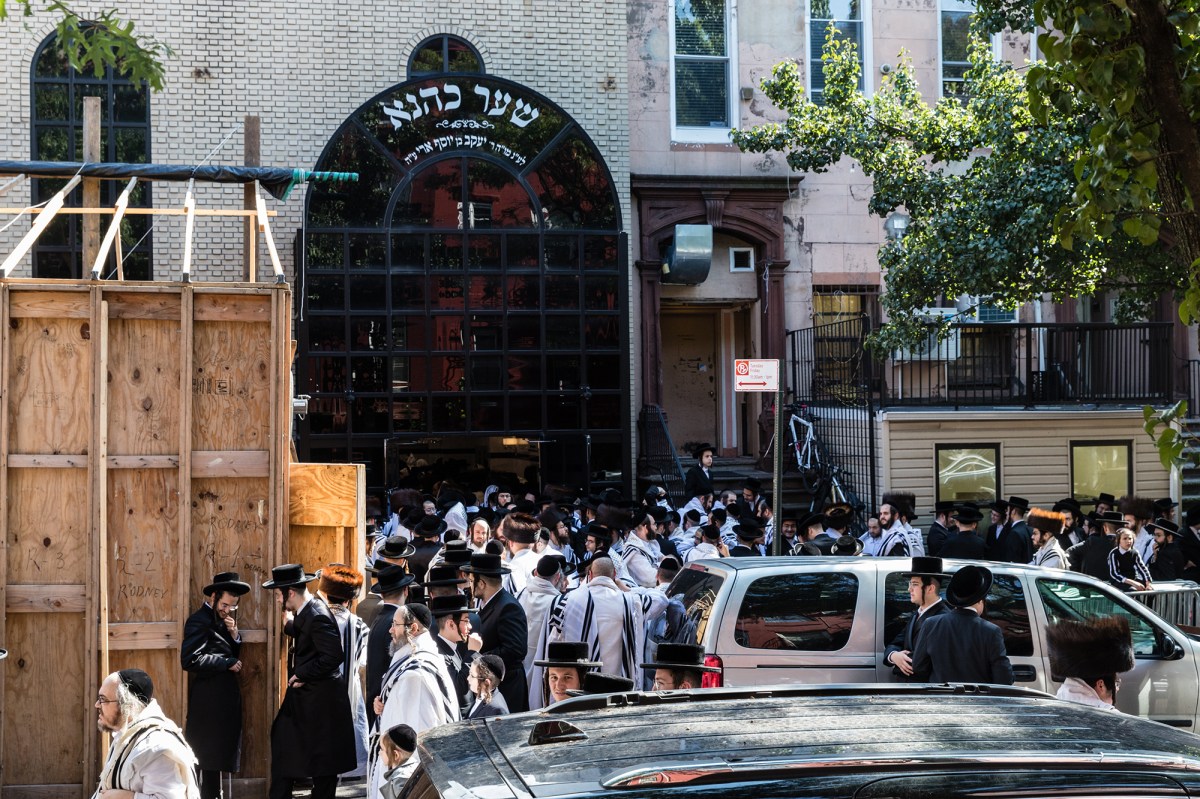 A wedding expected to bring 10,000 celebrants to Williamsburg Monday — and which is now barred by state order — was for the kin of a noted Hasidic leader, according to a report.

A grandchild of Zalman Leib Teitelbaum, a grand rabbi of the Satmar sect, was to tie the knot, WCBS reported.

The report said the ceremony was slated to be held at venues on Rodney Street and on Bedford Avenue, which are the locations of a Satmar synagogue and the sect’s United Talmudical Academy.

The state limit on wedding receptions in New York City is 50 people.

A hearing on the order can be requested with the state Health Department, Elizabeth Garvey, Gov. Cuomo’s special counsel, said Saturday.

Teitelbaum leads the Satmar sect in Williamsburg while his brother, Aaron, who reportedly contracted COVID-19 in March, heads the Satmar in the Kiryas Joel enclave in Orange County.

Previous marriages of Zalman Teitelbaum’s kin have drawn hordes of attendees, whether in the streets of Brooklyn or in Israel.

Thousands of men in fur hats and long black coats packed into a granddaughter’s 2013 nuptials in Israel.

Local politicians have been known to show up at the gatherings including Rep. Jerrold Nadler, Brooklyn Borough President Eric Adams and state Comptroller Thomas DiNapoli, who attended the 2014 celebration for one of Teitelbaum’s granddaughter’s. That party took place at an armory in Williamsburg.

Contractor misspells ‘Librarey’ in Indiana library’s parking lot
Someone get this guy a dictionary! An Indiana contractor probably…