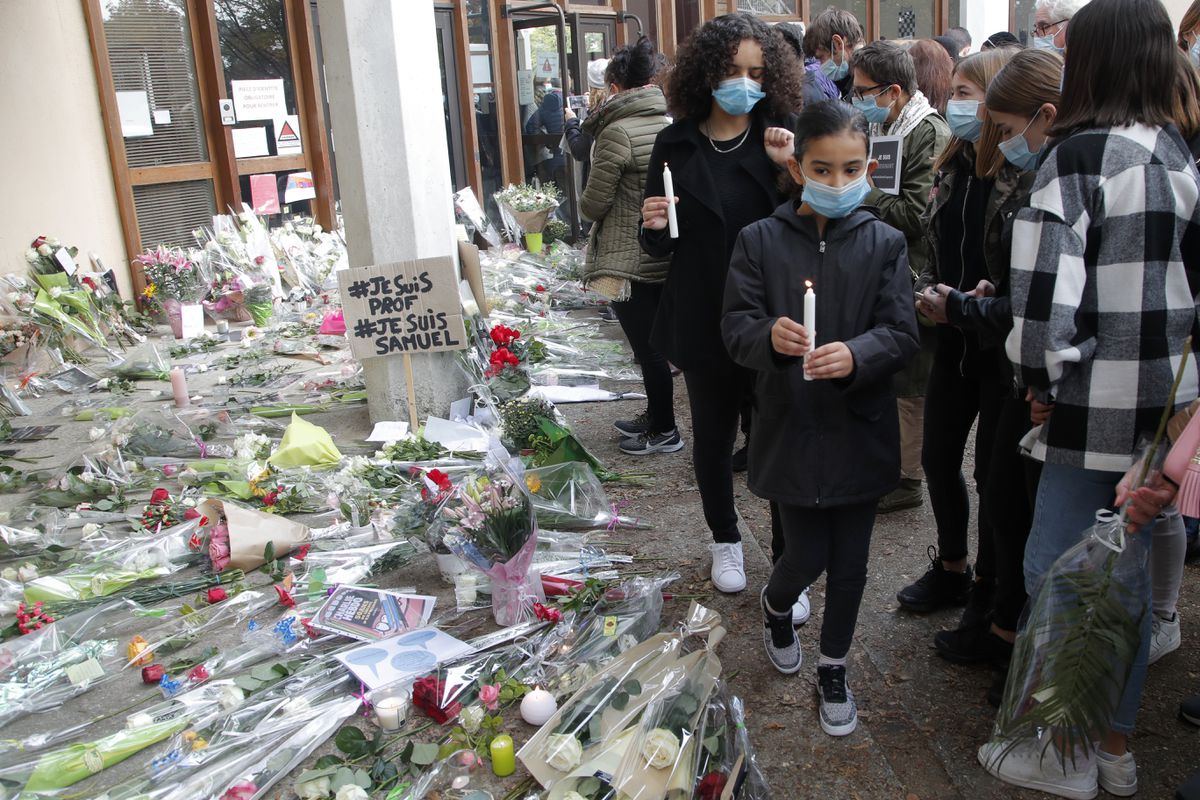 Girls light candles outside the school where a slain history teacher was working, Saturday, Oct. 17, 2020 in Conflans-Sainte-Honorine, northwest of Paris. French President Emmanuel Macron denounced what he called an “Islamist terrorist attack” against a history teacher decapitated in a Paris suburb Friday, urging the nation to stand united against extremism. The teacher had discussed caricatures of Islam’s Prophet Muhammad with his class, authorities said. The suspected attacker was shot to death by police after Friday’s beheading. (Michel Euler/AP)

MLB playoff predictions: Keep riding Astros and Dodgers
Joe Biden: “If you have a problem figuring out whether…