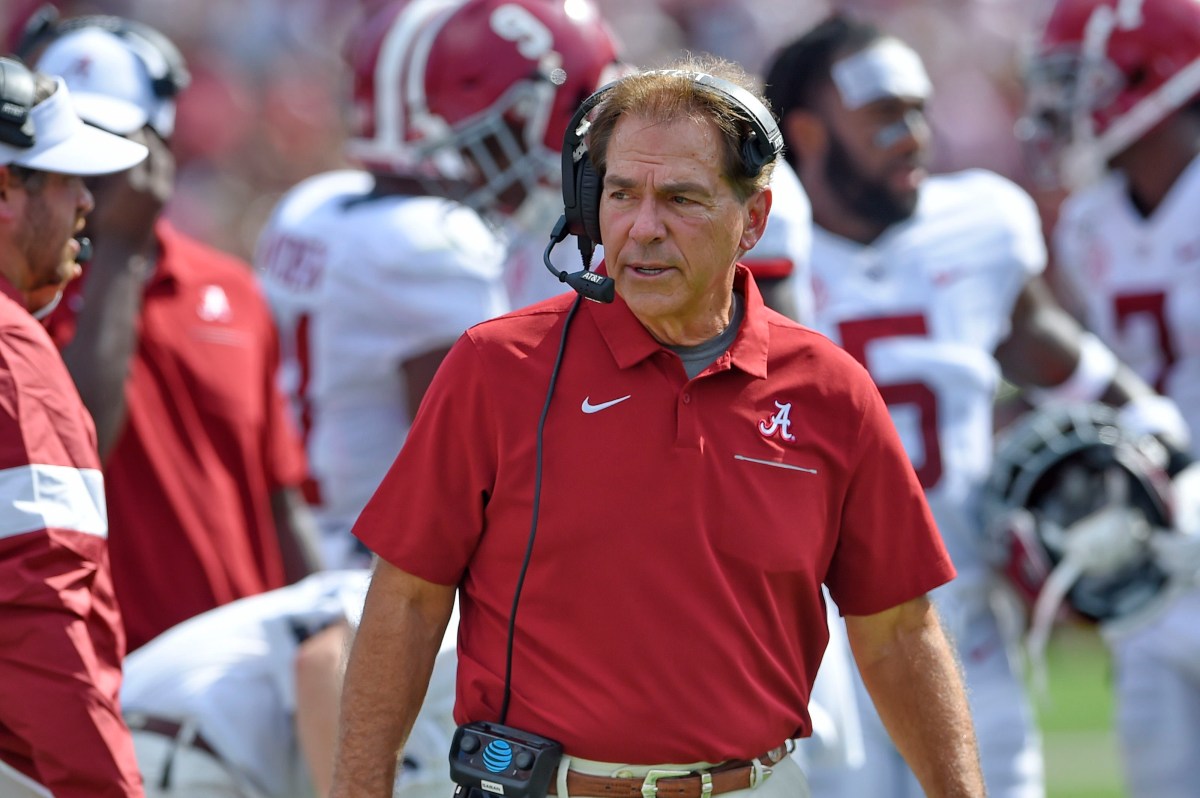 Nick Saban won’t miss Alabama’s biggest game of the season after all.

After testing positive for COVID-19 on Wednesday, Saban returned three straight negative tests, the last one coming Saturday morning. He will be on the sidelines Saturday night for the No. 2 Crimson Tide’s showdown with No. 3 Georgia, Alabama announced.

“Because Coach Saban remained asymptomatic, he received PCR testing at 7 a.m. on Thursday, Friday and today through the SEC appointed lab,” Dr. Jimmy Robinson, Alabama’s team physician, said in a statement. “Each of those tests were negative and were reported via the SEC’s third-party testing provider to the conference office in Birmingham. Those three negative tests satisfied the SEC protocol for a false positive. Out of an abundance of caution, two additional PCR tests were administered at the same time on Thursday and Friday and were tested by a separate lab. Those tests were also negative.”

Upon learning the results of his initial positive test on Wednesday, the 68-year-old Saban left Alabama’s facilities and coached the rest of the week virtually from home. Offensive coordinator Steve Sarkisian was set to fill in for him on the sidelines Saturday night, but the subsequent testing has now given Saban the green light to coach in person against his former defensive coordinator, Georgia coach Kirby Smart.

“The fact that we’ve had 240 tests in the last two days that were all negative, not one positive, the fact that I actually tested negative Sunday, Monday, Tuesday, Wednesday it popped, Thursday, Friday negative. I have to trust in the doctors and the medical people who make these protocols safe for all of us. Our players have done a good job of practicing social distancing and I think this experience has certainly made me have a lot of respect for what we should do, all of us, relative to social distancing, wearing a mask, washing your hands, staying apart, and we’re going to continue to do that in the future.”

Take me out to the polling place: Boston voters cast ballots at Fenway Park
With their 60-game season over, the players are long gone.…