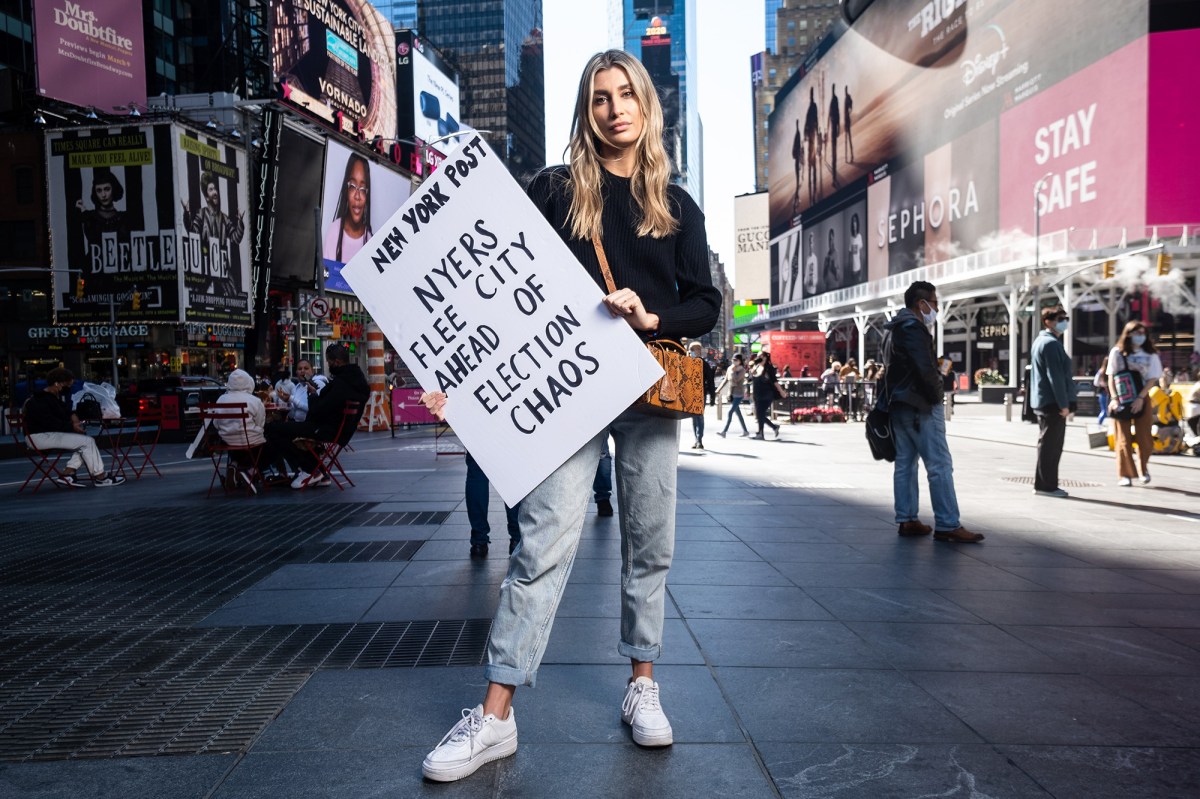 The Post’s Twitter account remains frozen in the wake of our exclusive report on Hunter Biden’s e-mails, so we turned to an old-fashioned form of getting the word out: Street criers.

“I think it’s f–king terrible!” Erin Peters, 41, told us near Washington Square Park. “This is the United States of America, the only place where you have freedom of speech.”

“It was beyond outrageous what they did. It was uncalled for. It’s like they don’t want the truth exposed. Why? Because of the election?”

Nearby, a 69-year-old retired nurse who gave her name as Susan M. had a simple message for Twitter boss Jack Dorsey.

“Let me make my decision myself,” she said. “Let the people decide.”

Put that in your pica and smoke it, Jack.