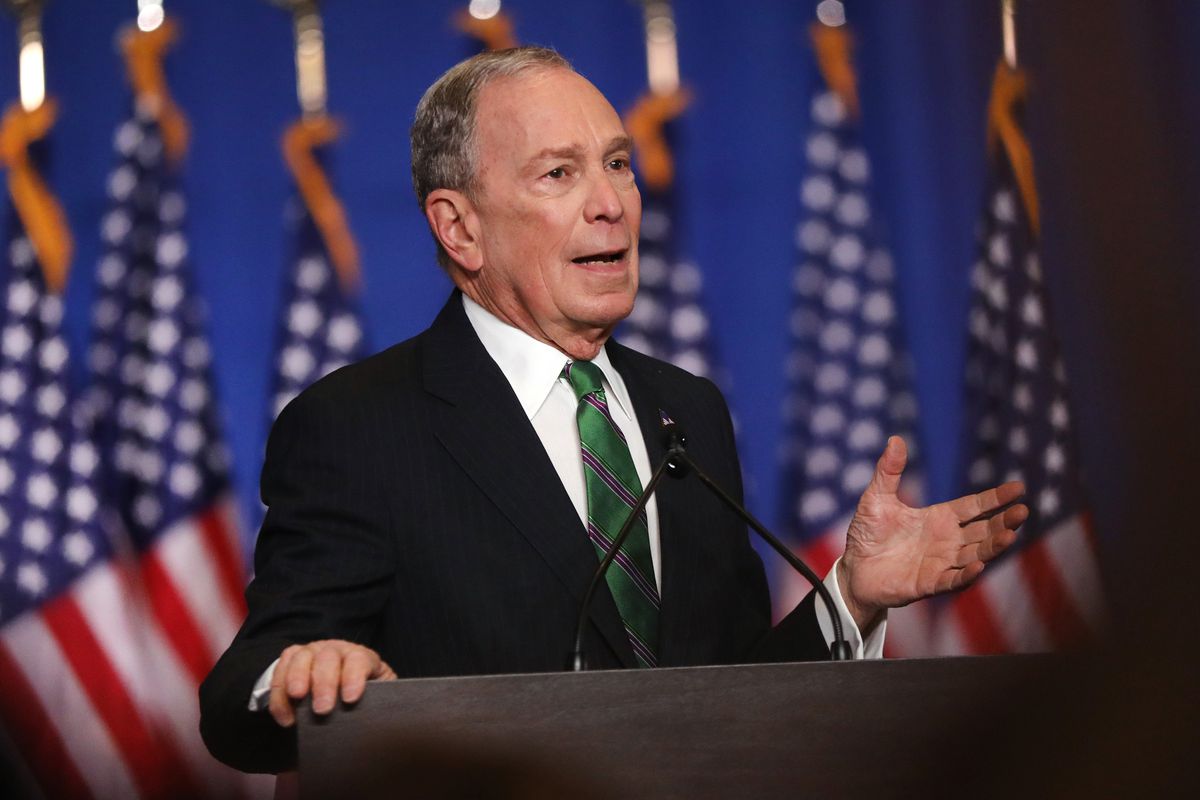 Former Democratic presidential candidate Mike Bloomberg addresses his staff and the media after announcing that he will be ending his campaign on March 04, 2020 in New York City. Bloomberg, who has endorsed Joe Biden, spent millions of dollars in his short lived campaign for president.(Spencer Platt/Getty Images)