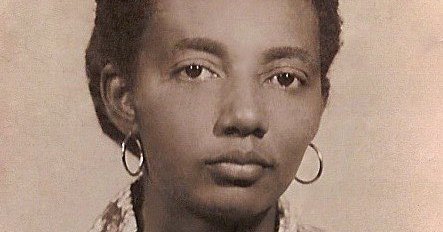 This obituary is part of a series about people who have died in the coronavirus pandemic. Read about others here.

Edith Richemond’s moniker in her Brooklyn neighborhood was “Big,” not in the mocking way that portly people are sometimes called “Tiny” or tall ones “Shorty,” but because of the disproportionately large heart that was assumed to beat within her diminutive frame.

But the nickname alluded not just to her giving spirit. In her tightly knit Haitian immigrant enclave in East Flatbush, she was known as much for her gumption, having arrived in New York with little money or education but with a drive to succeed.

And that she did, ending up investing in real estate and owning two laundromats. To her niece Athalie LaPamuk, her aunt was “Big” because she was also “a big deal” in her neighborhood.

Ms. Richemond died of complications of the novel coronavirus on April 25 at a Brooklyn nursing home, her niece said. She was 88.

“It’s a cruel twist of fate that we can’t have a proper funeral for her right now,” Ms. LaPamuk said, “because I don’t even think there’s a funeral home in Brooklyn large enough to fit the crowd of people that would have attended.”

Ms. Richemond followed in the footsteps of countless entrepreneurial immigrants lured to New York by the prospect of a better life for herself and her children.

“What makes it so impressive is that with a primary school education she was able to move to New York and buy buildings to rent apartments and house her laundromats,” Ms. LaPamuk said. “She took a skill she learned as a girl in Haiti — washing clothes — and made a living out of it.”

Ms. Richemond was born Marie Edith Duverger on Feb. 6, 1932, in Marchand Dessalines, the first capital of independent Haiti. Her father, Athanas Delcham, was a judge who also served several terms as mayor. Her mother, Adele Duverger, was a seamstress.

One of 10 siblings, Ms Richemond left school after the eighth grade to care for her younger brothers and sisters and help support the family by washing clothes.

She emigrated to New York in the 1960s, when she was in her 30s, and married Jacques Richemond in 1969. He drove a school bus and helped out in her laundromats; he died in 2015. In addition to her niece, her survivors include her son, Jude Duverger; a brother, Arnoux Duverger; and a sister, Adeline Duverger.

After arriving in New York, Ms. Richemond worked in a textile factory and saved enough to begin investing in real estate, buying several three-story buildings with retail space below and apartments above.

One laundromat she opened, on Rutland Road, had a kitchen in which she would prepare Haitian meals every day and offer them to her neighbors free of charge. What’s more, Ms. LaPamuk said, “she would do laundry for single moms and other people down on their luck in the neighborhood without charging them.”

The laundromat became a community hub, where Haitian expatriates would gather to reminisce, debate politics and play cards or dominoes.

Ms. Richemond sold the properties after she had a stroke in 2013.

“She defined the concept of bootstrapping,” Ms. LaPamuk said. “She was determined to become successful despite her limited education.”