Broadway Will Remain Shut Through at Least Labor Day

Broadway Will Remain Shut Through at Least Labor Day 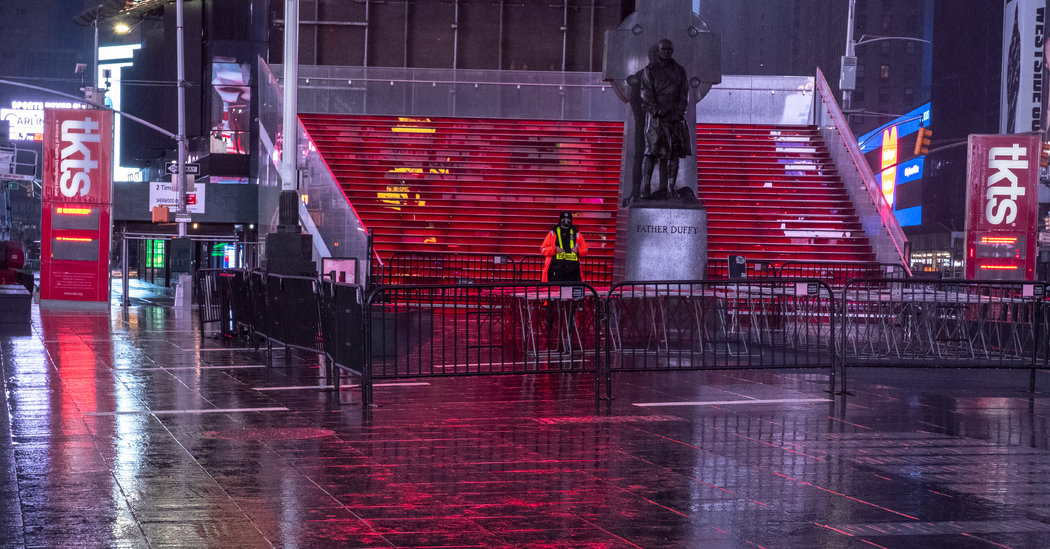 It’s official: There will be no Broadway shows in New York this summer.

The announcement is not a surprise; the coronavirus pandemic is continuing to kill more than 150 people a day in New York state (down from the peak of 800), and Gov. Andrew M. Cuomo has put arts and entertainment in the last phase of his reopening plan.

It remains unclear when Broadway might reopen. Many industry officials believe it will be considerably later than Labor Day. The practical effect of Tuesday’s announcement is that box offices and authorized ticket sellers should now refund or exchange tickets for shows through Sept. 6. Industry leaders have been extending the shutdown incrementally as a way of managing cash flow, as well as managing expectations.

“As we’ve been put in phase four of the governor’s plan, we felt that Sept. 6 was a reasonable distance of time for refunds and exchanges, while we fully understand that we may not be back at that time,” said Charlotte St. Martin, the Broadway League’s president. “Broadway will be back when the governor tells us it’s safe to be back — we’re working closely with his office and with experts to know when that will be.”

Theaters have been closed since March 12, when Cuomo barred gatherings of more than 500 people. The closing has disappointed legions of fans, cost thousands of people their jobs and prompted the jettisoning of two productions that were in previews but had not yet opened: the new Martin McDonagh play “Hangmen,” and a revival of Edward Albee’s “Who’s Afraid of Virginia Woolf?”

Broadway is expected to be among the last sectors of the economy to reopen because its finances depend on assembling large crowds in confined spaces and its workplaces, onstage and backstage, place cast and crew in proximity to one another.

The industry has other challenges, too. In recent years, its audiences have included large numbers of tourists and seniors, two groups that seem likely to return to Times Square more slowly than others. And its ticket prices are high, which could be a deterrent if the economy stays weak and unemployment remains high.

In Britain, the Society of London Theater last week announced that shows in the West End have been canceled until June 28. “This does not mean theaters will reopen on 29 June,” the society’s announcement said. “If further cancellations are necessary they will continue to be announced on a rolling basis.”