Essential or Not? Animal Advocates Oppose Puppy Sales During Pandemic

Essential or Not? Animal Advocates Oppose Puppy Sales During Pandemic 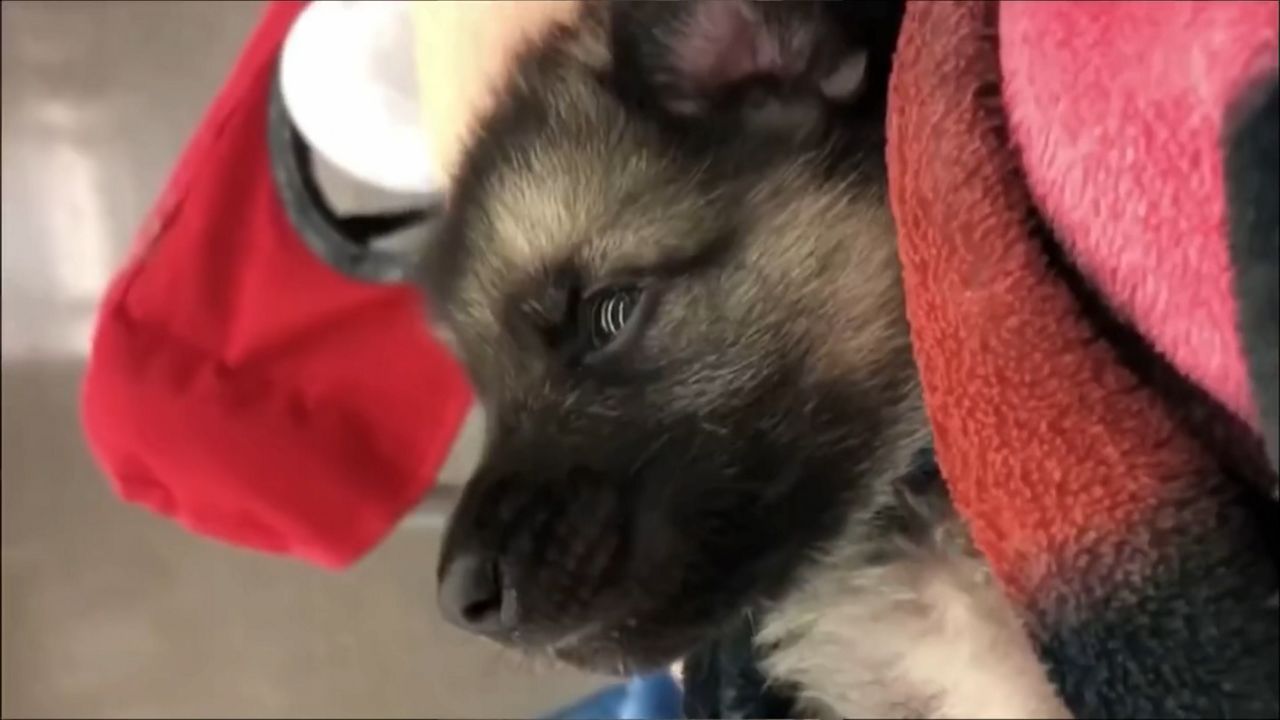 Samantha DeCicco was visibly excited about buying a puppy when standing outside a Brooklyn pet shop on Thursday.

Stores that sell pet food are on Empire State Development’s list of essential businesses which allows them to operate during the pandemic, even during Governor Cuomo’s “Pause Order.”

Animal rights advocates told NY1 that allowing this to continue is a mistake.

They take issue, not with adoptions, but selling live animals.

“Continuing to do so puts the staff, the consumer and the folks that are transporting them in and out of the state, at risk of transferring the virus,” said Allie Feldman Taylor who is with Voters for Animal Rights.

According to Voters for Animal Rights about half of the 40 pet stores in the state still selling animals amid the health crisis are in New York City.

One of them is Puppy Boutique in Bensonhurst, Brooklyn.

Despite the stay at home order, they’ve had no trouble drumming up business.

A photo taken two weeks ago, that has been circling on social media shows dozens of people waiting outside the store.

When NY1 visited the store on Thursday, there were dozens more waiting outside.

Councilman Justin Brannan said that the store itself may be following the rules but he believes they’re exploiting a loophole.

“These places are not selling supplies or food, they are in the business of selling puppies,” said Brannan.

At the pet store, the general manager did not want to go on camera but said that they were following all the necessary safety protocols.

Staff were all wearing masks and the number of customers allowed in the store was limited to five at a time.

Customers were asked not to congregate together and were seen on several different corners waiting for their turn.

Officials with the Pet Industry Joint Advisory Council, a group that advocates of behalf of the pet industry, disagree with advocates’ efforts to limit which pet stores can remain open.

“The reality is once a store is open and has staff on site its neither feasible or enforceable to have someone standing at the door to check every receipt,” said PIJAC CEO & President Mike Bober.

Assemblywoman Linda Rosenthal disagrees with Bober. She’s sponsoring legislation, introduced before the pandemic that would prohibit the sale of animals at pet stores across the state.

She said her current opposition is in the interest of safety.

She added that pet stores have had little oversight since the pandemic began.

“We don’t know if the people working there have had PPE. No one has inspected these stores for two months because that’s how long we’ve had this emergency,” said Rosenthal.

Sources with Empire State Development said that they have been in talks with the Department of Agriculture and Markets about advocates’ concerns.

Right now they said all pet stores will remain open to ensure proper care of animals, including supplies and services, as well as placement into permanent homes.

What it’s like to give birth one day after testing positive for coronavirus
Chantel Longuinho, an office manager from Astoria, tested positive for…