Cautious Optimism in New York as Hospitalizations Level Off

Cautious Optimism in New York as Hospitalizations Level Off 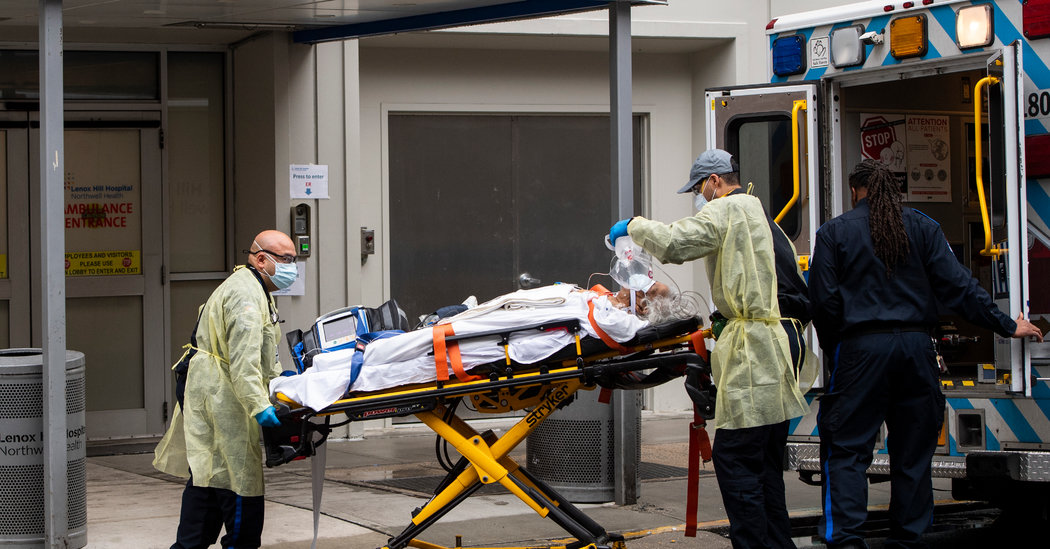 The number of patients hospitalized with the coronavirus in New York State on Wednesday rose by only 200 from the previous day, officials said on Thursday, the smallest increase since before the statewide lockdown and a promising sign that the government’s measures may have started working.

But even as the flow of infected people into emergency rooms appeared to level out, more than 18,000 ailing patients — or nearly the capacity of Madison Square Garden — were still packed into New York’s hospitals, and the daily death toll was near 800 for the second day in a row, bringing the state’s total fatality count to more than 7,000.

For the better part of a month, the residents of New York, which has more than one-third of the total cases in the United States and more cases than any other country, have pored over data on the outbreak, trying to determine if the curve of new cases had finally been flattened and if the apex of the crisis had been reached.

While elected officials warned on Thursday that no one — not even the analysts who had built the statistical models — could perfectly predict what is to come, there were early indications of good news on the ground as doctors in New York said the crush of new patients had started to slow down and the atmosphere of panic in their hospitals had begun to subside.

“Hope is gaining a bit of an upper hand,” the chief medical officer of the Mount Sinai Health System wrote in an email to the staff on Thursday morning. “Social distancing efforts are working, our inpatient volumes have stabilized, and on one single day this week, 167 Covid-19 patients were discharged from our hospitals.”

At his regular news briefing, which has become a daily staple for many Americans during the crisis, Gov. Andrew M. Cuomo welcomed these developments with a tone of wary optimism. But, as he has done over and over in recent days, he warned against complacency and insisted that whatever limited progress the state had made would only continue if New Yorkers stayed the course — and stayed away from one another.

Grappling with the question of when to lift public health restrictions and restart the state’s economy, Mr. Cuomo noted that would only happen by “increasing our testing capacity,” an effort that will most likely require significant federal assistance. Unlike some other leaders, the governor has refused to set a specific date for turning toward recovery, admitting that even the experts cannot offer ironclad forecasts of the future.

“Who can look forward and say where we’re going to be in three to four weeks?” he said, adding, “The smartest person will start by saying ‘I don’t know.’”

Still, the data Mr. Cuomo offered on Thursday gave at least some reason for hope.

One day last week, for example, the number of people hospitalized with the coronavirus in New York rose by a bruising 1,427, or 11 percent. By contrast, the most recent net gain of 200 — meaning 200 more people were admitted with coronavirus symptoms than the number who left — was just a 1 percent increase from the previous day.

There were also decreases in the number of new patients admitted to intensive care this week and in the amount of people who required emergency intubations.

Gov. Philip D. Murphy of New Jersey cited similar progress in the fight against the virus in his own state, which trails only New York in the number of cases. On Thursday, even as he reported that another 198 people in the state had died, the number of virus patients on ventilators dropped by almost 2 percent, to 1,551 from 1,576, from Wednesday to Thursday, an indicator that the curve of infection was flattening.

Things to Do in N.Y.C. This Weekend While Staying Inside
ImageCredit...Museum of Food and DrinkA month into life under mandated…