Bronx Zoo Tiger Is Sick With the Coronavirus

Bronx Zoo Tiger Is Sick With the Coronavirus 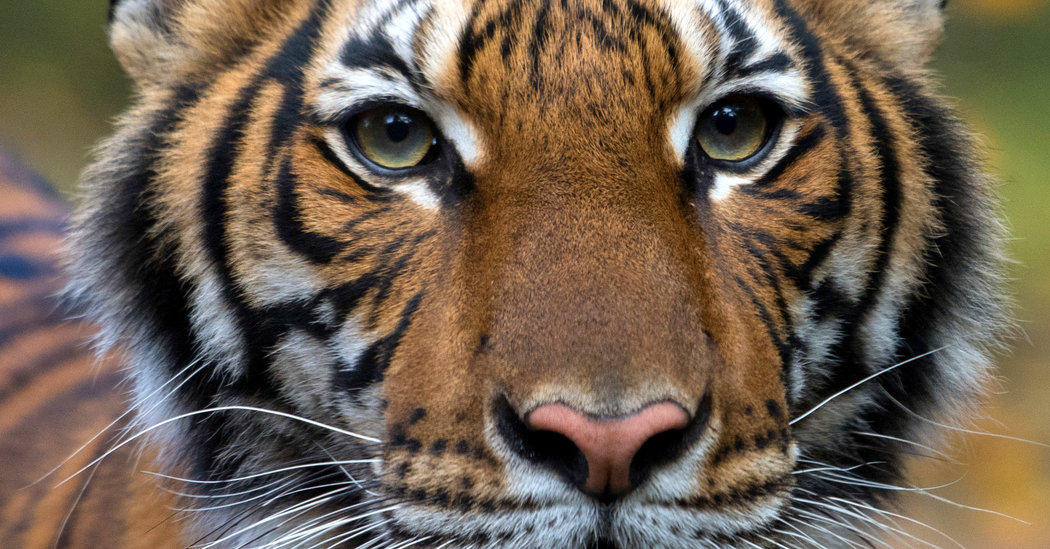 A tiger at the Bronx Zoo has been infected with the coronavirus, in what is believed to be a case of what one official called “human-to-cat transmission.”

“This is the first instance of a tiger being infected with Covid-19,” according to the federal Agriculture Department, which noted that although only one tiger was tested, the virus appeared to have infected other animals as well.

“Several lions and tigers at the zoo showed symptoms of respiratory illness,” according to a statement by the department. They are expected to recover.

Public health officials believe that the large cats caught Covid-19, the disease caused by the coronavirus, from a zoo employee. The tiger appeared visibly sick by March 27.

The Bronx Zoo, one of the largest in the United States and one of the New York’s top attractions, houses roughly 6,000 animals.

And zoos, unlike museums or Broadway theaters, cannot entirely shut down. Animals still need to be cared for and checked on. Penguin chicks might require help after they hatch. Captive tigers, alligators and grizzly bears probably should not be left to their own devices.

“The animals that we care for rely on us for everything,” Jim Breheny, the director of the Bronx Zoo, told The Times last week before the coronavirus case had been confirmed.

The zoo closed to the public in March 16 and since then about 300 workers of its 700-plus staff were deemed “essential” to care for animals and maintain the zoo’s operations.

They are split in half into two teams, which report on alternating week, maintaining social distancing to protect the animals, while providing hay to American bison or offering fish to hungry Magellanic penguins.

“The animals are blissfully unaware of what the rest of us have been going through,” said Mr. Breheny, whose first job at age 14 was staffing the zoo’s camel rides.