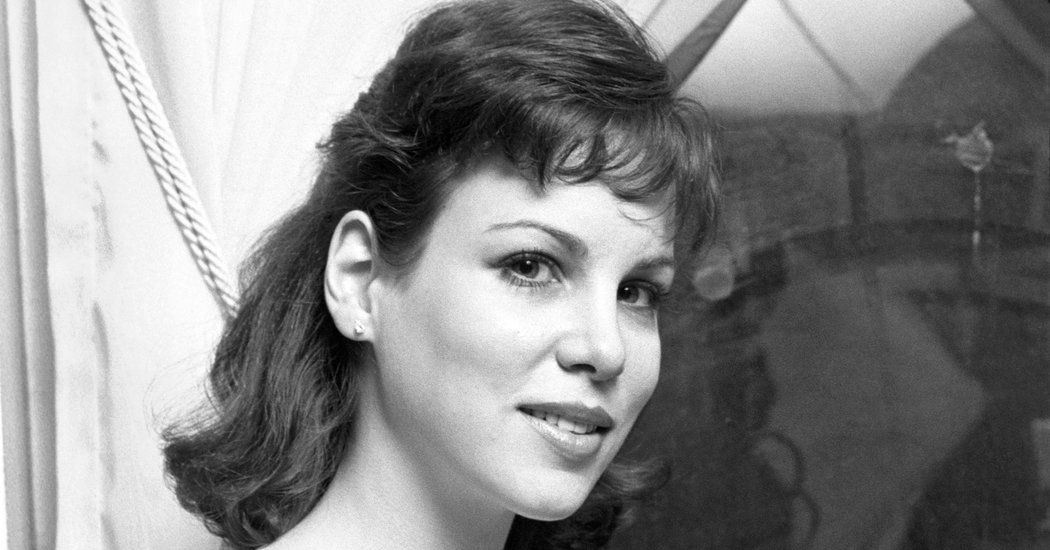 This obituary is part of a series about people who have died in the coronavirus pandemic.

Cristina, a cult singer who brought avant-garde sensibilities to New York’s dance-music nightlife at the turn of the 1980s, died on Tuesday in New York. She was 64.

Her daughter, Lucinda Zilkha Francis, said she had been suffering from several autoimmune disorders, including relapsing polychondritis, for approximately two decades. On Friday, her family learned she had tested positive for the coronavirus.

In the fertile anything-goes downtown New York of the late 1970s and early 1980s, Cristina cut a unique figure — a hyperliterary, well-to-do, seen-it-all performer who taunted club music culture with songs that could be read as wry parody or progressive updates.

“My strength is not in my voice, nor do I have sexy ankles,” she told the Boston Globe in 1980. “I have an analytical brain, and maybe that’s a liability in rock n’ roll, but if I play it right, it will translate musical principles into theatrical terms, which is what I have to do anyway, given my lack of technical expertise in music.”

Cristina Monet Palaci was born on Jan. 17, 1956, in Manhattan to Dorothy Monet, a writer and illustrator, and Jacques Palaci, a psychoanalyst. She attended Harvard, where she studied playwriting under William Alfred. She took a year off from college and came to New York, where she wrote freelance theater reviews for The Village Voice. It was there that she met Michael Zilkha, who became her boyfriend and, later, the engine behind her music career.

Mr. Zilkha was starting Ze Records with a partner. Cristina, who didn’t have particular aspirations to be a singer, nevertheless became his first artist with the 1978 single “Disco Clone.” Produced by John Cale, it was a deceptively slick dismantling of disco’s sameness, sung in an aspirated and shrill voice: “If you like the way I shake it/And you think you want to make it/There’s 50 just like me.”

“I thought it was so bad that it could be a Brechtian pastiche,” she told Time Out New York in 2004. “It turned out to be an eccentric and funny record — insane, enthusiastic, impassioned, amateurish.” (One version of the song features Kevin Kline on accompanying vocals.)

According to a 1984 New York magazine article, after her first live performance, at the Squat Theater in Chelsea, Cristina’s mother told her, “You were always a brilliant writer. A good artist … a good actress. How could you be so self-destructive as to sing?”

“Disco Clone” was successful enough that Cristina continued recording. Her self-titled debut album, released in 1980, was produced by August Darnell (who performed as Kid Creole), and featured disco paired with heavy Latin percussion. “The first theatrical, cinematic, nostalgic disco record, at a time when there wasn’t a lot of humor in disco,” Cristina said in an early-2000s interview with the zine Festive!

Consistently, Cristina injected a wry, burned-out, misadventuring patrician sensibility into her lyrics and delivery, especially on her rendition, that same year, of the Leiber and Stoller song, “Is That All There Is?” (originally made famous by Peggy Lee).

She tweaked the lyrics, making them both more whimsical and more terrifying: “I remember when I was a little girl, my mother set the house on fire — she was like that.” (Lieber and Stoller protested, and insisted the song be withdrawn from release.)

The Cristina that appeared on records was unfiltered. “It was entirely her, there’s no confection or construction in it all,” Mr. Zilkha said in an interview.

She and Mr. Zilkha married in 1983, and in 1984 she released her second album, “Sleep It Off,” produced by Don Was, with cover design by Jean-Paul Goude. On this album, she leaned into new wave, rendered again with savage satirical energy on songs like the punkish “Don’t Mutilate My Mink” and “What’s A Girl To Do.” (“If you loved the Pulitzer divorce trial, you’ll love this record,” crowed Rolling Stone.)

“The one thing that pop music has lost lately is its sense of irony,” Cristina said when the album was released. “People either write dumb-funny novelty songs or dead-earnest serious songs. There’s nothing around that combines elements of both.”

She and Mr. Zilkha moved to Texas soon after that album’s release, effectively ending her music career. “I believed the idea that Michael had bought me a career to such an extent that I felt sheepish and guilty, which I shouldn’t have been,” she told Time Out New York. After she and Mr. Zilkha divorced in 1990, she returned to New York.

In its day, Cristina’s work was very much a product of its demimonde. But in 2004, her albums were reissued to great acclaim and wide attention. Her only other musical recording was a 2006 collaboration with Ursula 1000, “Urgent/Anxious,” which took advantage of the implied eye-rolling in her voice, which hadn’t diminished at all.

Outside of music, Cristina retained an avid interest in theater and books. She was especially passionate about 19th-century literature. “When I was a child, she would read me Dickens, doing all the voices,” Ms. Francis recalled. She contributed occasional book and film reviews to the Times Literary Supplement, as well as articles to Tatler and London Literary Review.

Her medical conditions were often debilitating: “It’s hard to plan a new album when you don’t know if you will make it down to the end of the street from one day to the next,” she told Time Out New York. But in recent years, she had recovered enough to begin traveling.

In addition to her daughter, Cristina is survived by two granddaughters and her longtime companion, Stephen Graham.

My boss is now calling me constantly at home — how do I get them to stop?
Now that I’m working from home, my boss keeps calling…