NYC Veterinarians Work to Save Human Lives Amid Coronavirus Crisis

NYC Veterinarians Work to Save Human Lives Amid Coronavirus Crisis 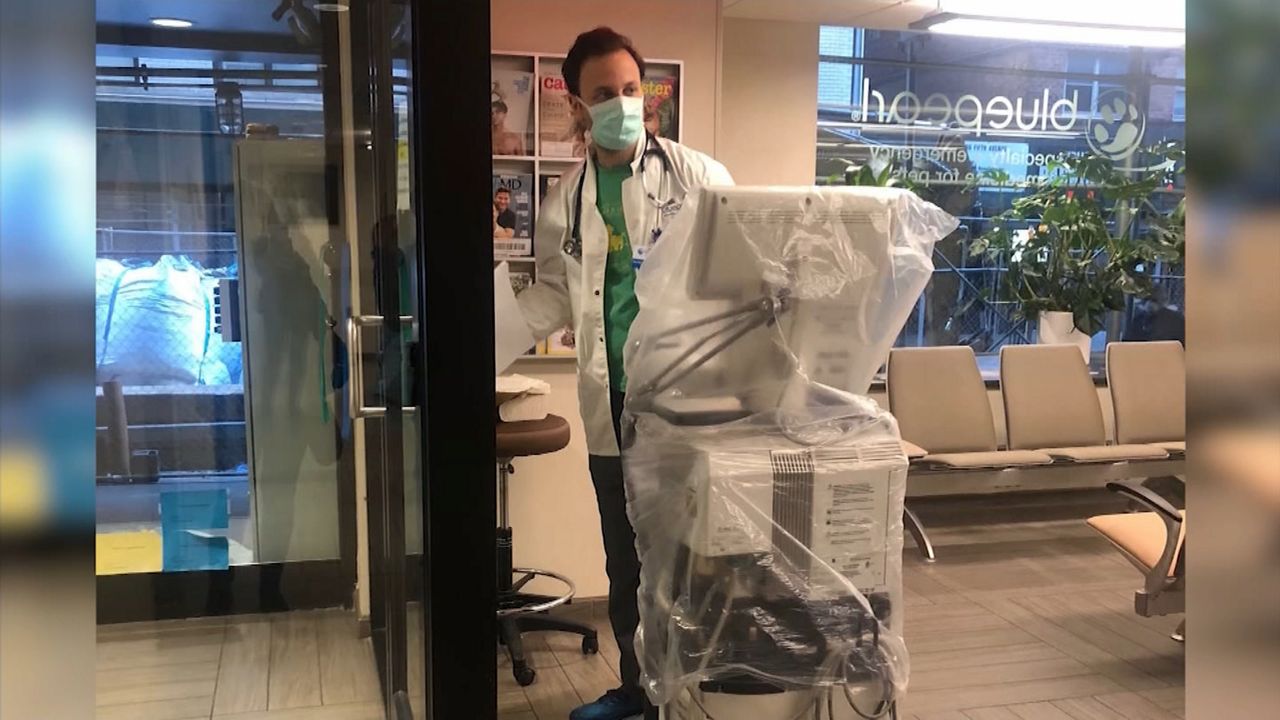 Mayor De Blasio and Governor Cuomo have said the city and state need ventilators and other expensive medical equipment as soon as possible.

“I’m going to sign an executive order that says that says the state can take ventilators and PPE from institutions that don’t need them now,” said Cuomo.

Friday morning, Governor Cuomo announced a shift in the state’s efforts to secure the most essential and in demand supplies in treating patients with coronavirus. Now the National Guard is being deployed across the state to pick up ventilators and Personal Protective Equipment also known as PPE.

Cuomo said the decision is a matter of life and death.

Several local veterinary hospitals, used to saving animals and not humans, have been among those to answer the call to the Governor’s mandate.

“We donated our first ventilator last week and yesterday we donated four anesthesia machines which can be used as ventilators,” said Dr. Katherine Quesenburry of the Animal Medical Center.

Blue Pearl Pet hospital, operated by Mars Veterinary Health, was able to come up with eight mechanical ventilators from its various locations across the city.

They donated the ventilators along with 1,200 N-95 masks to New York Presbyterian Hospital in the last few days.

Veterinary Emergency and Referral Group in Brooklyn, also known as VERG, had only one ventilator at its practice and they donated it as well.

“As veterinarians we are here to treat pets and relieve their suffering and treat their illnesses and do all that we can but I do think this is the one time where the needs of humans in this crisis supersedes the possibility of using that ventilator in the hospital,” said Dr. Brett Levitzke, Chief Medical Officer at Veterinary Emergency & Referral Group.

While State and City efforts to come up with the supplies on their own have been going on for weeks, officials have said even the federal stockpile won’t be enough.

With the shortfall and without more people coming forward they have to take more dramatic action.

“In a wartime mentality, whatever people are doing they should just give the supplies they have up right now, so they can get to the front to those who need them,” said Mayor de Blasio.

The Cathedral of St. John the Divine is also trying to do its part. They are currently in discussions with local hospitals offering to provide space to either healthcare workers or patients.