The Bronx Zoo Is Also Empty, but the Animals Don’t Mind

The Bronx Zoo Is Also Empty, but the Animals Don’t Mind 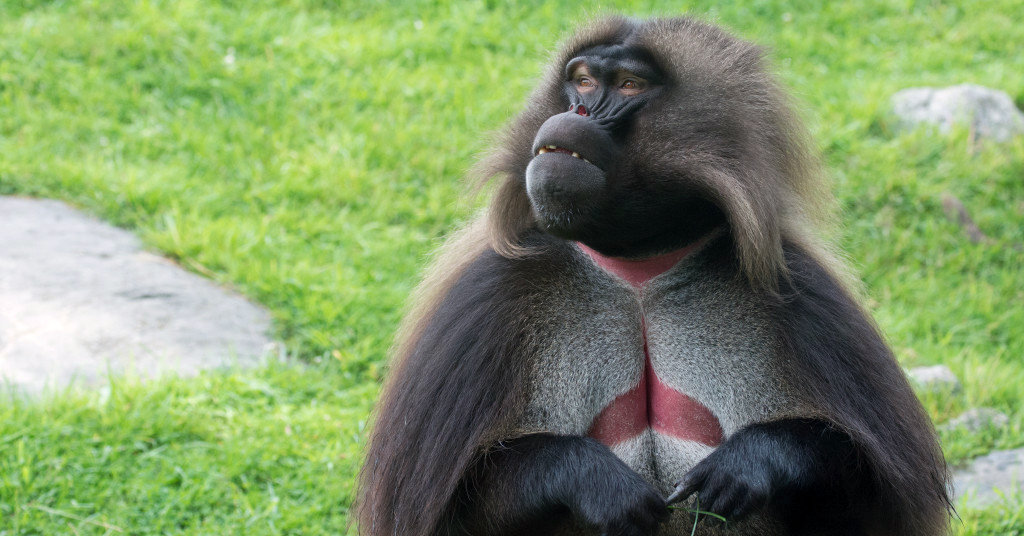 If a sea lion claps at the Bronx Zoo, and no one is around to hear it, does it make a sound?

There is plenty of time to ponder koans these days at the animal park, where the coronavirus pandemic has left the sea lions, and the rest of its roughly 6,000 creatures, without an audience. In this busy season at the zoo, when people typically pack in — children atop their parents’ shoulders — to see the sea lions eat, there is no one standing at the pool railing.

Or walking the pathways of Astor Court, with its Beaux-Arts buildings. Or sitting at the picnic tables. Or riding Wild Asia, the seasonal monorail that tours the habitats of red pandas, elephants and rhinos.

Still, the life of the zoo goes on, as the sea lions perform their routines, no doubt encouraged by the fish they swallow in a single gulp.

“The animals are blissfully unaware of what the rest of us have been going through,” said Jim Breheny, the director of the Bronx Zoo. “What I wouldn’t give for that innocence.”

“The animals that we care for rely on us for everything,” said Mr. Breheny, whose first job at age 14 was staffing the zoo’s camel rides.

So since it closed to the public on March 16, the Bronx Zoo has been tending to animals while keeping its human employees as socially distant as possible. Roughly 300 workers of its 700-plus staff were deemed “essential” to care for animals and maintain the zoo’s operations. They are split in half into two teams, which report on alternating weeks.

A spokeswoman for District Council 37, a union that represents zoo employees, said there had been no reports of layoffs or furloughs.

Workers who still report find themselves following the routines they always have: spreading hay out so the American bison can graze; offering fish to Magellanic penguins eagerly snapping their beaks; and releasing the lions to laze around on exhibit. Others, including maintenance workers, electricians and plumbers, keep the sprawling campus operating.

Mr. Breheny said the zoo’s mission right now is to keep the animals on a consistent routine. But its emptiness has not gone unnoticed, he added, by some primates.

Last month, he took a moment to stop at one of the viewing spots for the baboon reserve, a two-acre space amid the 265-acre zoo designed to simulate the Ethiopian highlands. He said a group of geladas, monkeys with a crown of coffee-colored hair and upper lips that often flip up, moved toward him. He was likely the first human observer they had seen in a while, and they stared curiously at him through the glass.

“They seemed to not understand why people aren’t here right now,” he said.

The goats and alpacas in the children’s seasonal zoo are particularly accustomed to interacting with visitors, said Patrick Thomas, the zoo’s associate director, in an email. Now the only people those animals see are employees.

“I don’t think our animals’ behavior has changed all that much,” he said, “but I do think that they’re aware that things are not the same.”

The Central Park Zoo, Queens Zoo, Prospect Park Zoo and New York Aquarium are also shut indefinitely. The Wildlife Conservation Society, which runs these institutions, paired its Instagram announcement with the image of a somber sea lion who appeared to be frowning under its whiskers.

While shuttered, the Bronx Zoo has lent itself to assisting health care workers on the front lines of the pandemic. In its deserted parking lots are white tents set up to test employees of the nearby Montefiore Medical Center for Covid-19 and 250 ambulances sent from around the country to help in New York City, the epicenter of America’s coronavirus crisis.

For veteran staffers, the eerie quiet that now pervades the park is reminiscent of the vacant feeling after the Sept. 11 attacks, when it also shut down temporarily. Other zoos across the country, which are generally closed, can find parallels in the aftermath of natural disasters, like the Audubon Zoo in New Orleans after Hurricane Katrina in 2005.

For many zoos, revenue has flatlined, and there are concerns about their survival, said Dan Ashe, the president of the Association of Zoos and Aquariums. Layoffs in the thousands are being announced. Zoos and aquariums hope to qualify for emergency loans from the Small Business Administration that were a part of the federal government’s $2 trillion stimulus package.

“At a time when they have no revenue coming in the gate, they have to operate the facility at 100 percent,” Mr. Ashe said.

Another concern for zoos is the connection between wild animals and the novel coronavirus, which experts say likely originated in bats. According to a fact sheet the Centers for Disease Control and Prevention sent to scientists who study zoonotic diseases, the agency has not received reports of wildlife or other animals becoming sick with Covid-19 in the United States, and there is no reason to think animals might be a source of infection here.

Because humans and primates share genetic material and can potentially pass diseases between them, some zoos across the country had taken precautions before they closed, canceling behind-the-scenes tours where humans might be closer than usual to the animals, Mr. Ashe said. Even in the best of times, zookeepers in the Bronx have maintained a strict protocol of wearing masks and face shields around primates.

The Bronx Zoo, which has invested in wildlife conservation as criticism of animal captivity has grown, sees another purpose for itself during the pandemic: It is lobbying for a worldwide ban of the commercial trade of wildlife intended for human consumption. The Wildlife Conservation Society says the practice puts humans at risk of contracting diseases while trading live animals or eating fresh meat.

According to a policy statement from the organization, such a ban would “significantly reduce the risk of a future zoonotic pandemic” and potentially prevent pandemics like Covid-19. Experts are investigating if the coronavirus passed from a bat to another animal that came into close contact with humans.

On a lighter note, zoos and aquariums across the country have been trying to meet the demand of a housebound public enamored by animal videos.

In Chicago, the Shedd Aquarium posted a series of viral videos showing their penguins wandering around the empty aquarium, coming face to face with beluga whales and colorful fish. In San Antonio, Texas, the city’s zoo has launched live streams of tree kangaroos lounging on tree branches and moon jellyfish floating in their fluorescent tanks.