Despite Coronavirus, Large Crowds Spotted at Jewish Funerals and Services in Brooklyn

Despite Coronavirus, Large Crowds Spotted at Jewish Funerals and Services in Brooklyn 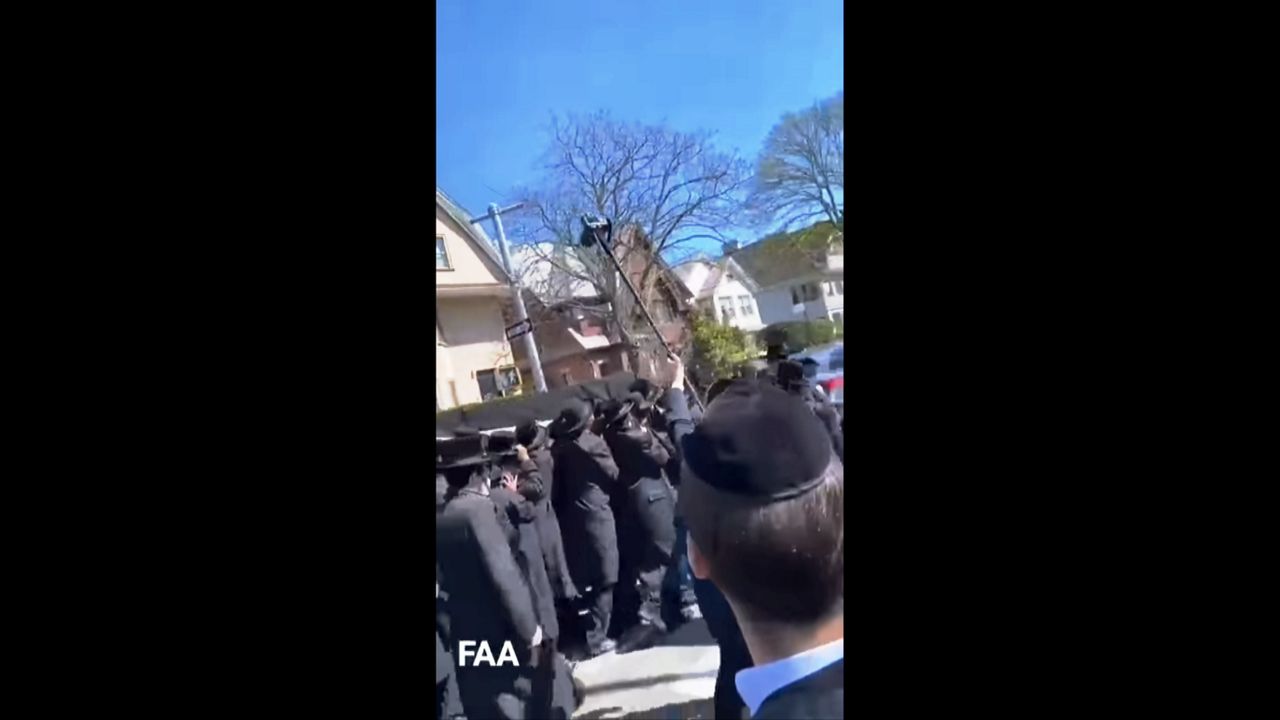 Videos posted on social media show that there have been large crowds at some Jewish funerals and synagogues in Brooklyn this week despite the mandate from City Hall and Albany that New Yorkers keep their distance from each other. The mandate is to stop the spread of the coronavirus.

Former Brooklyn Assemblyman Dov Hikind is outraged that these kinds of gatherings are still happening.

“They think they know better than anyone else in America, and it needs to stop,” he said.

A video of a funeral on Wednesday in Midwood, Brooklyn shows some people wearing masks while it appears the community’s civilian patrol unsuccessfully urges mourners to socially distance themselves.

Hikind is a fierce defender of the Orthodox Jewish community, but he said this is indefensible,

“If you see this, call the police. Do what you need to do,” he said. “You got to do whatever you can because people are dying. Friends of mine, neighbors are passing away.”

Another video on Facebook shows police apparently trying to get mourners to disperse at a funeral. Some took issue with officers using their sirens.

At one point, police said they unplugged the speakers used during a funeral to break up a large gathering.

Yet another social media post shows people going in and out of a synagogue.

Police sources say this is a big issue because some synagogues are keeping the front doors closed but allowing worshipers to enter through the back. The source says law enforcement may have to take a more aggressive stance in cases like this.

The person who recorded the video complained while recording.

Recording several minutes outside, he added, “You can tell there’s more than 10 people in this schul over here.”

When asked what is the message to the community he represented politically for numerous years and remains an advocate for, the former assemblyman said, “You cannot congregate. I know it is tough, I now you want to pray with other people. But,  you want to live, living is more important than dying.”

nycitylovers_s3duaw2020-04-03T02:44:25+00:00April 3rd, 2020|NYCITYLOVERS.COM|Comments Off on Despite Coronavirus, Large Crowds Spotted at Jewish Funerals and Services in Brooklyn

READ MORE >>>
How your address became your ‘identity’
In 1770, Maria Theresa, empress of the Habsburg Empire, had…