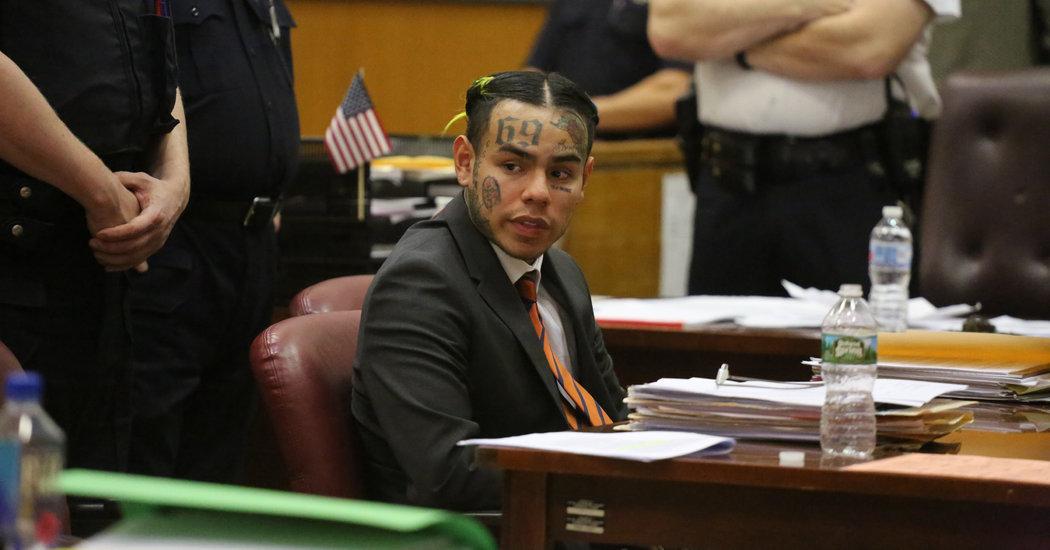 The rapper Tekashi69 walked out of a federal prison on Thursday, four months short of his two-year term, thanks to a nationwide effort to stem coronavirus outbreak risks at jails and prisons, which health advocates fear might become a tinder box for infections.

Tekashi69 (born Daniel Hernandez), 23, will finish the remainder of his sentence in home confinement, his lawyer, Lance Lazzaro, said.

Last year, Mr. Hernandez — also known as 6ix9ine — pleaded guilty to a series of gang robberies and shootings, cooperating with authorities by testifying against his former associates in the gang Nine Trey Gangsta Bloods. He has asthma, which his lawyer argued gave him a heightened vulnerability to the coronavirus.

U.S. District Judge Paul A. Engelmayer, who sentenced him, agreed, writing in a guidance to the Bureau of Prisons last week: “Had the Court known that sentencing Mr. Hernandez to serve the final four months of his term in a federal prison would have exposed him to a heightened health risk, the Court would have directed that these four months be served instead in home confinement.”

Mr. Lazzaro, said that the rapper was treated for shortness of breath in the last week, but was feeling better now.

A rising music star and internet personality once known for his long rainbow-colored locks, Mr. Hernandez, who grew up in Brooklyn, had a multiplatinum hit song, “Fefe,” with Nicki Minaj in 2018, and signed a $10 million record contract shortly before he was sentenced last December. His persona was built around boasts that he could outrun the law even as he live streamed videos of himself with guns and taunted rival gangs online. But after he was arrested on firearms and racketeering charges in November 2018, Mr. Hernandez began speaking with the government and agreed to testify for the prosecution against his former gang mates.

Mr. Hernandez, prosecutors noted, turned against Nine Trey Gangsta Bloods — a faction of the Bloods — at great personal risk. As a result, he was held in a private prison that was run by U.S. Marshals, his lawyer said, and the location of his home confinement could not be revealed. Mr. Hernandez had previously rejected the idea of entering the witness protection program, saying he planned to continue making music upon his release, which is set for July 31 (he was given credit for time served at his sentencing).

“He has no intention of going into” witness protection, Mr. Lazzaro said on Thursday. “He hopes to resume his career.”

The rapper’s release comes as prison reform advocates and some health officials call for clemency for a large swath of the prison population, citing the impossibility of social distancing in prison cells, the banning of hand sanitizer, and the likelihood that corrections officers would spread the illness in their communities, as the virus catches on among the incarcerated. Thousands of inmates and officers in municipal, state and federal facilities have already tested positive, and other high-profile inmates, like Bill Cosby and R. Kelly, have also petitioned for home confinement.

Since March 28, at least five inmates at federal facilities have died because of the coronavirus outbreak, according to the Bureau of Prisons.

One Hospital’s Last Resort to Protect Doctors From Coronavirus: Yankee Rain Ponchos
When a doctor at one of New York City’s top…