Video of Man Being Tackled During Arrest in Brooklyn Prompts Protests

Video of Man Being Tackled During Arrest in Brooklyn Prompts Protests 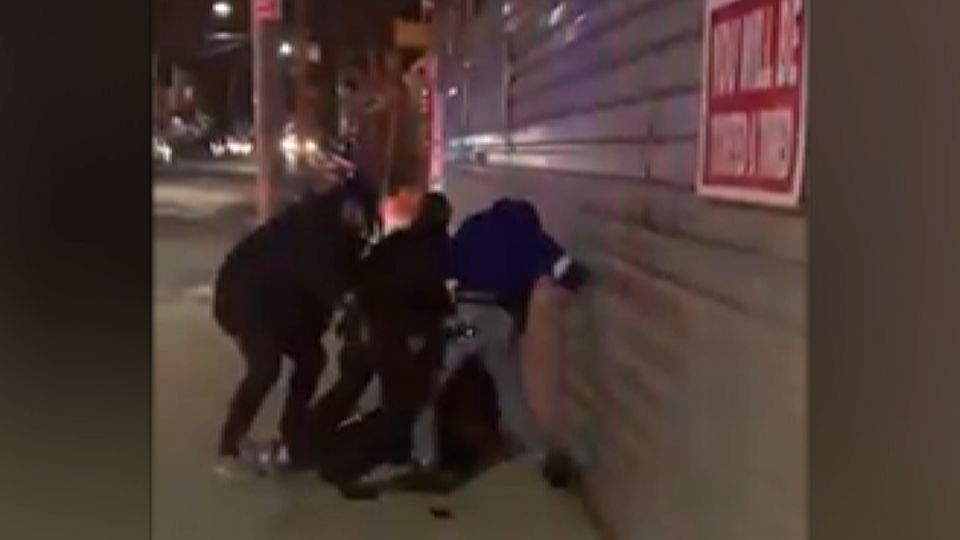 (WARNING: this video might be graphic to some viewers. Video credit: Twitter/@TheVelvetRope__)

Video posted to social media showing several police officers tackling a man in Brooklyn has drawn criticism and protests in the community.

Police say 20-year-old Fitzroy Gayle and another man ran away from officers who approached them Wednesday night in Canarsie after hearing reports that shots were fired.

Officers believed the two men were smoking marijuana, according to officials.

Authorities say an undercover officer caught up with Gayle and after about two minutes, more officers arrived and tackled him to the ground.

Gayle claims officers stomped on his ankle as he screamed for help.

Community organizers rallied Thursday, calling for the Brooklyn district attorney to investigate and for the officers involved to be fired.

“I know the way I brought up my kids, I know them, and even when they have him there, I knew it was not a gun, it was not drugs, it was not no weapon, no nothing,” said Daphne Gayle, Fitzroy Gayle’s mother.

“I would like to see approach, discussion and no running, no physical resistance at all, no arrest needed,” said Police Commissioner Dermot Shea.

“I want more communication between officers and people that they are confronting. That’s everything that we’ve been training,” said Mayor Bill de Blasio. “I want to see situations like this handled better.”

Gayle was released, but is charged with marijuana possession, obstruction of government and resisting arrest.

The other person was issued a summons and released.