Small Businesses Fear for Their Future Amid Coronavirus Outbreak

Small Businesses Fear for Their Future Amid Coronavirus Outbreak 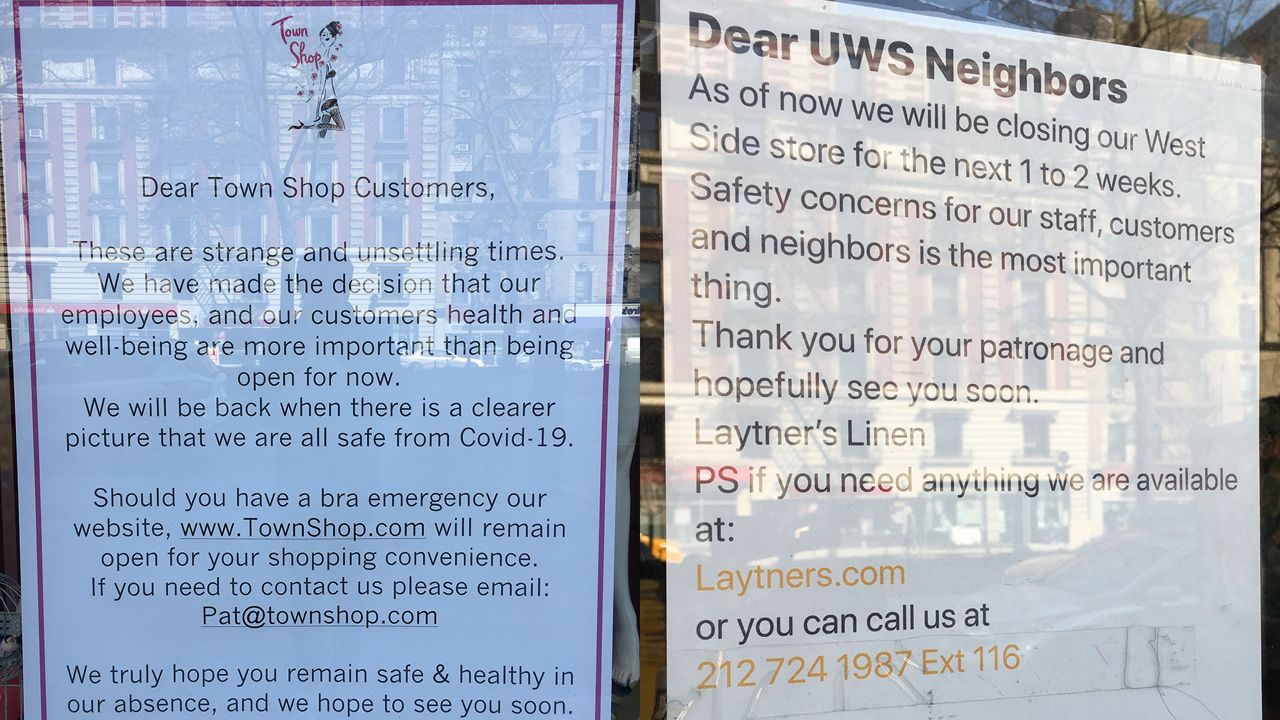 Across the city, storefronts are now posted with signs telling customers they’re closed for the foreseeable future.

Thomas Greco owns two places in Hell’s Kitchen: The Ritz Bar and Lounge and K Rico Steakhouse. Although he’ll be offering takeout at his restaurant, his businesses are essentially on hold for the time being.

“The scary part about this that you can’t prepare for is the fact that we don’t know where the end is,” said Greco. “I don’t know – is it four weeks, is it eight weeks, is it two month?. Is the curve higher? Is it going to flatten?”

It’s not just restaurants facing the unknown. Two venerable businesses on the Upper West Side, the lingerie store Town Shop and Laytner’s Linen and Home, which happen to be neighbors on Broadway, are closed for the next couple of weeks, for now.

“It was just getting too dangerous,” said fourth-generation Town Shop owner Dan Koch. “We had people who were coming in that were sniffling, that were sneezing, that were coughing at the counter and handing us their credit cards and it’s just not worth it.”

Koch told us business fell this past weekend by 70%, at a time when it is usually booming with people looking to buy bathing suits for spring break.

Alan Laytner, the owner of Laytner’s Linen and Home, says his business has been off more than 50%.

“Business lost is business lost,” said Laytner. “There’s not much we can do. We just have to absorb it as part of our business during the year.”

The owners of Apthorp Cleaners don’t know how long they’ll be able to absorb lost business.

With people staying home and not needing dry cleaning, they’ve already taken the drastic step of shortening their employees’ hours.

“I don’t know if we can go on for several months like this, without compensation from the city or the landlords,” said Apthorp Cleaners owner Debra Kravet. “We still have to pay our rent. We have leases that require us to pay our rent. That’s a big problem.”

As of now, the city is offering interest-free loans and grants, depending on the number of employees. But business owners say that’s nothing. They want to defer sales tax and rent payments.

They fear that without some type of bailout, small businesses across the city will shut down.