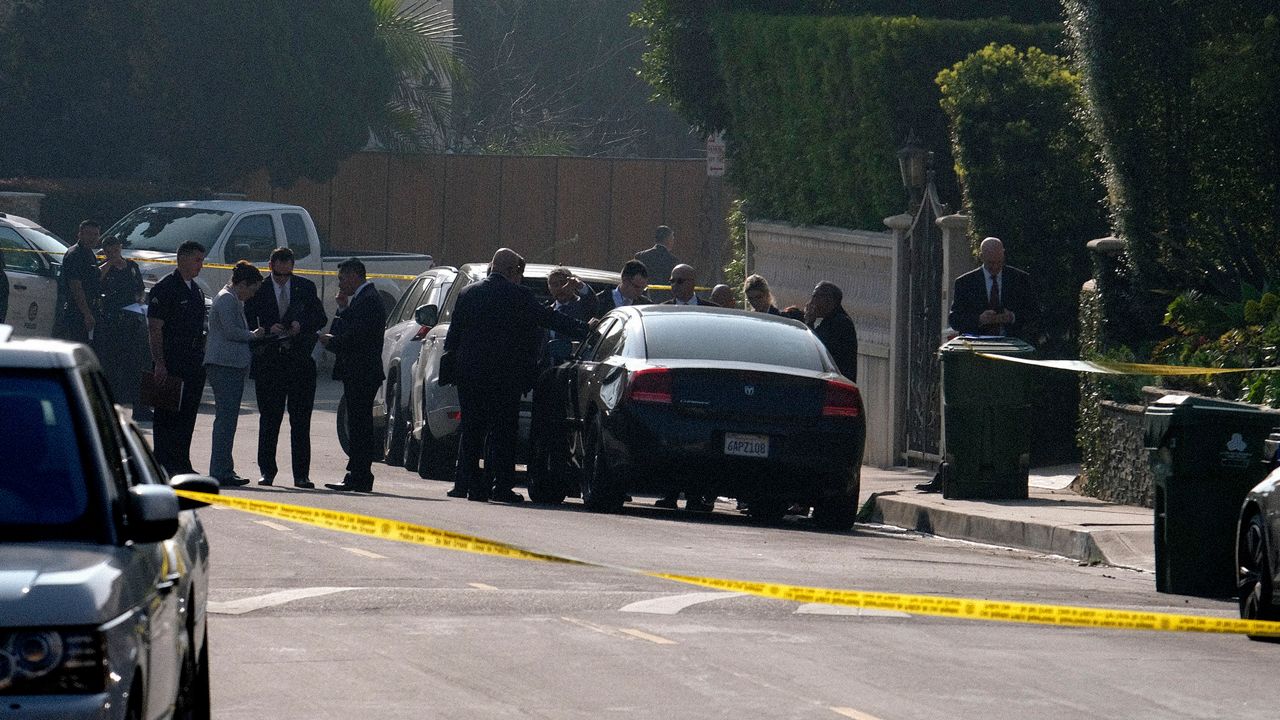 AP – Brooklyn-born and up-and-coming rapper Pop Smoke was fatally shot during a break-in early Wednesday at a Hollywood Hills home, his label said.

“We are devastated by the unexpected and tragic loss of Pop Smoke,” Republic Records said in a statement. “Our prayers and thoughts go out to his family, friends and fans, as we mourn this loss together.”

Los Angeles police did not immediately confirm the identification, and have not announced any arrests.

Police officers found a victim shortly before 5 a.m. after responding to a 911 call from someone who reported intruders including one armed with a handgun were breaking in, said Capt. Steve Lurie.

Public listings show that the home is owned by Edwin Arroyave and his wife Teddi Mellencamp, daughter of singer John Mellencamp and star of “The Real Housewives of Beverly Hills.”

In an Instagram post Wednesday morning, Teddi Mellencamp said “we were informed by a 3rd party leasing and management company overseeing a rental home we own in Los Angeles that a shooting had taken place at the property. Foremost, we would like to extend our prayers and condolences to the family and loved ones affected by this tragic loss of life.”

Mellencamp said she and her husband were not aware of any further details beyond what they have learned through media reports.

Police said the 911 call came from “back East” and reported the break-in was occurring at a friend’s home. The victim was pronounced dead at Cedars-Sinai Medical Center.

Several people who were in the house were detained and then released, Lurie said.

“We’re just getting started in this investigation,” he said.

Pop Smoke’s legal name was Bashar Barakah Jackson. He was 20.

Chance The Rapper said in a tweet: “Rest Up Pop Smoke, you were too young. God Bless and comfort your family.”

Pop Smoke came onto the rap scene in 2018 and broke out last spring with “Welcome to the Party” a gangsta anthem where he brags about shootings, killings and drugs. It was a huge sensation that even drew the attention of Nicki Minaj, who dropped her own verse on a successful remix of the song.

Earlier this month he released the album “Meet the Woo 2,” which debuted at No. 7 on the Billboard Top 200 albums chart. It was the follow up to his first official release,” Meet the Woo,” last July. He also had the popular hit “Gatti” with Travis Scott and Jackboys and “Dior.”

In an interview that ran on Rolling Stone’s website last week, Pop Smoke said that he used a freestyle lyrical method.

“I never wrote (down) anything,” he told Rolling Stone. “It’s all up my head. Everything that I be writing, everything that I be saying, when it comes to these types of songs, just be so natural. Just how I be feeling. However, some songs I do write, and you’ll know the ones that I write, ’cause you’ll feel it.”

Pop Smoke named fellow New York rapper 50 Cent as one of his influences and on Twitter, the multiplatinum entertainer memorialized him: “R.I.P to my man Pop Smoke, No sympathy for winners. God bless him.”

Minaj also posted her sympathies with a photo of Pop Smoke on her Instagram. “The Bible tells us that jealousy is as cruel as the grave. Unbelievable. Rest In Peace, Pop,” she wrote.

The death comes about 11 months after rapper Nipsey Hussle was shot and killed in Los Angeles, and on a day when the man charged with killing him, Eric R. Holder, appeared in court for a hearing. Holder, who has pleaded not guilty, is expected to go to trial by April.

In July, up-and-coming Philadelphia rapper Bankroll Gambino, 21, was shot and killed during a music video shoot there. And in June 2018, 20-year-old rapper XXXTentacion was gunned down while leaving a Miami motorcycle shop.

John Antczak in Los Angeles and Nekesa Mumbi Moody in New York contributed to this story.