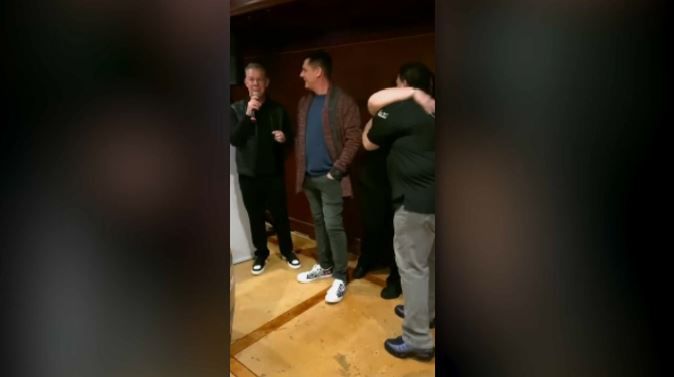 A surprise donation will help cancer patients on Staten Island.

Radio personality Elvis Duran and his husband Alex Carr made a surprise announcement during a fundraiser at Violette’s Cellar that they’ll be contributing $50,000 to benefit the Florina Cancer Center at Staten Island University Hospital.

The donation goes towards a commitment made by the Grant City restaurant to raise $250,000 for the project.

Staten Island sees the highest rates of cancer in the city, and is the second-leading cause of death in the borough.

The new 40,000 square foot cancer center is expected to be complete next summer.

A hospital spokesperson says Violette Cellar’s commitment has set off a ripple effect in the community.