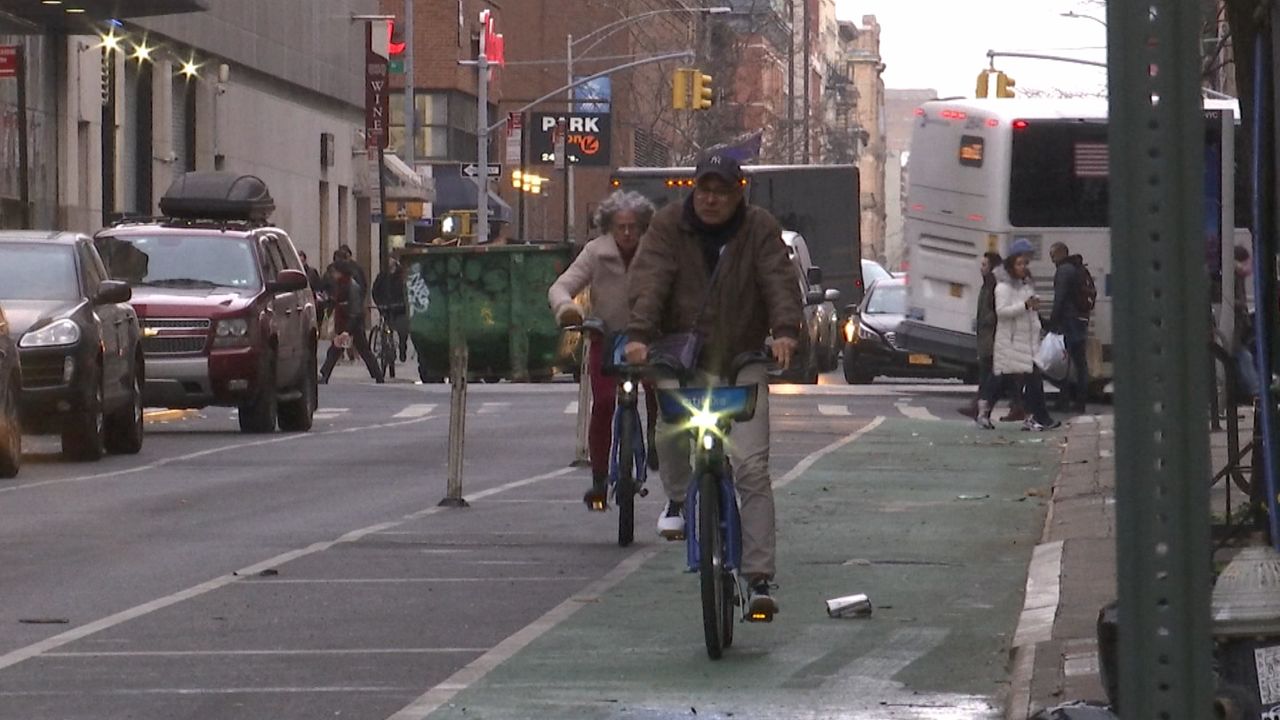 Cyclists say painted bike lanes leave them exposed and prefer a protected lane that separates cyclists from cars and trucks.

They’ll see more of them this year.

The city announced that 30 miles of protected lanes will be created.

Ten of them will be in Brooklyn, the borough which had the most cyclist deaths last year.

“I’m ecstatic. I want people to bike safely. The more people that bike, the less traffic’s on the road,” said cyclist Mike Dacko.

The goal is to plug where existing protected lanes suddenly end and cyclists are sent into streets alongside traffic.

Transportation Commissioner Polly Trottenberg said there have been no deaths along a stretch of Gerritsen Avenue in South Brooklyn after a protected bike lane and other safety measures were installed following the death of a teen cyclist struck by a driver going 80 miles an hour.

“It’s a message I want to take from Gerritsen Beach to some of these other neighborhoods where we’re going to be bringing this work, to say, we really want to work closely with you, but we’ve really seen the results on the ground,” said Trottenberg, “It can really, really save lives.”

Advocates are welcoming the city’s effort after a particularly deadly year on city streets.

Twenty-eight cyclists were killed in 2019, 17 of them in Brooklyn. That’s nearly triple the toll of the previous year, despite Mayor de Blasio’s ongoing signature street safety initiative, Vision Zero, which seeks to end all traffic deaths.

“These are not numbers these, these are families and communities that are grieving and at the same time, they double, quadruple, quintuple our commitment as a city that we need to make Vision Zero the bedrock of our city,” said Danny Harris, director of Transportation Alternatives.

There will be an even greater expansion of protected bike lanes after the de Blasio administration.

That’s because the mayor signed a law, called the Streets Master Plan, which calls on the city to design 250 miles of additional protected bike lanes.

The first streets master plan is due December 2021, a month before the mayor leaves office.

Firefighter Got Coronavirus After Teen Sneezed In His Face, FDNY Official’s Letter Says
A Fire Department official claims a Brooklyn firefighter came down…