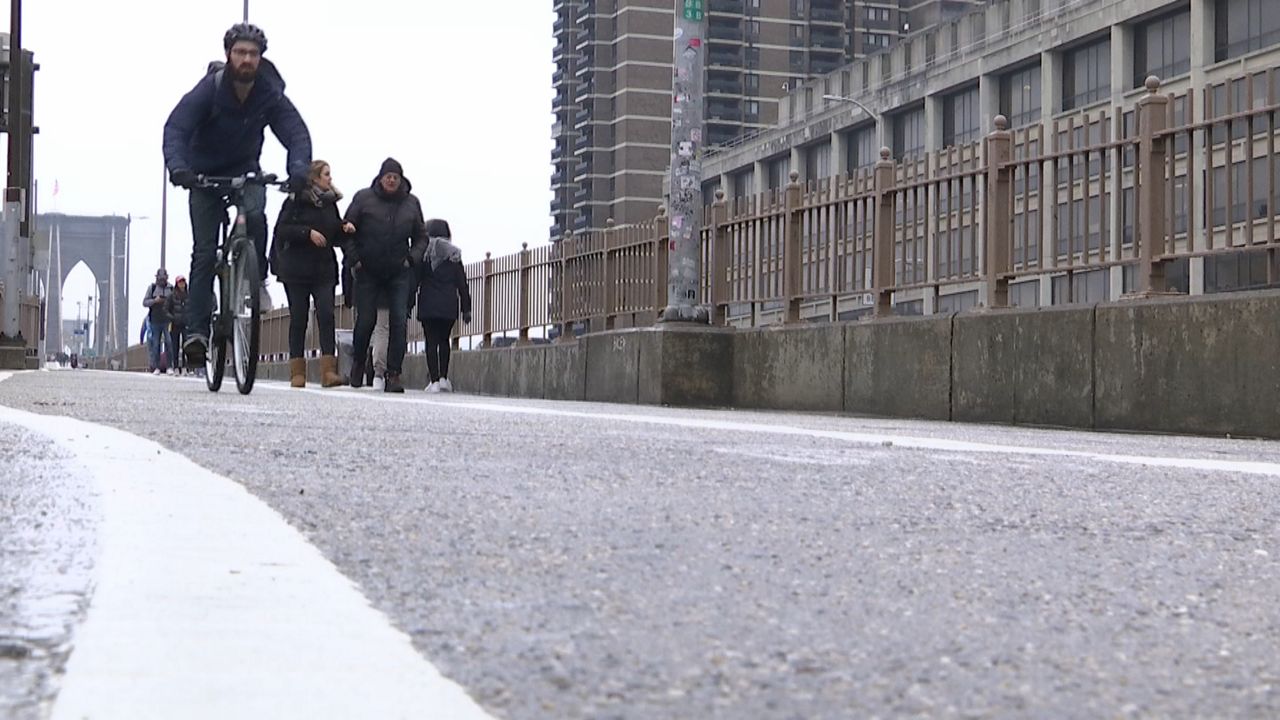 It’s a wet, chilly February day, but some cyclists say it’s a much better time to be riding across the Brooklyn Bridge than on a warm, sun-splashed day.

“When it’s a nice day, there’s so many people at the bridge. It’s very difficult to get through it. I have to kind of stop every five seconds,” said one bicyclist who spoke with NY1 on the bridge.

Pedestrians have their own complaints.

“The cyclists go way too fast. One actually rode into me a couple weeks ago and knocked me down,” said one woman walking across the bridge.

City Council Speaker Corey Johnson wants to bring some order to the chaos that sometimes reigns on the world-famous span.

Johnson announced a “Reimagine the Brooklyn Bridge” contest in order to obtain ideas for making the bridge’s promenade a better shared space.

“Right now, it is too clogged, too crowded, too congested and it’s really unsafe and dangerous,” Johnson said at the news conference.

The landmark bridge is used much more than anyone could have foreseen when it opened in 1883. The city’s Department of Transportation says six million people walked across it last year. The bridge also is popular with cyclists.

“We have 1.6 million people who cycle in New York and we know those numbers are going to rise,” said Danny Harris, the executive director of the Transportation Department. “Now is the time for New York to build equitable, safe and sustainable alternatives for all New Yorkers.”

“If there is any way you can widen those lanes, that’s the best advice I could give,” said one pedestrian when asked about ideas to reimagine the bridge.

“Perhaps speed bumps to slow the cyclist down, because sometimes when the pedestrians are coming close to each other, they have to go onto the cyclist’s path,” said another pedestrian.

To offer an idea, go to Vanalen.org.

Finalists will receive up to $13,000 to develop their designs. Proposals are due by April 5.

Historic R-42 Subway Cars, of ‘French Connection’ Fame, Make Final Run Along the A Line
After 50 years of service, the R-42 retired on Wednesday…