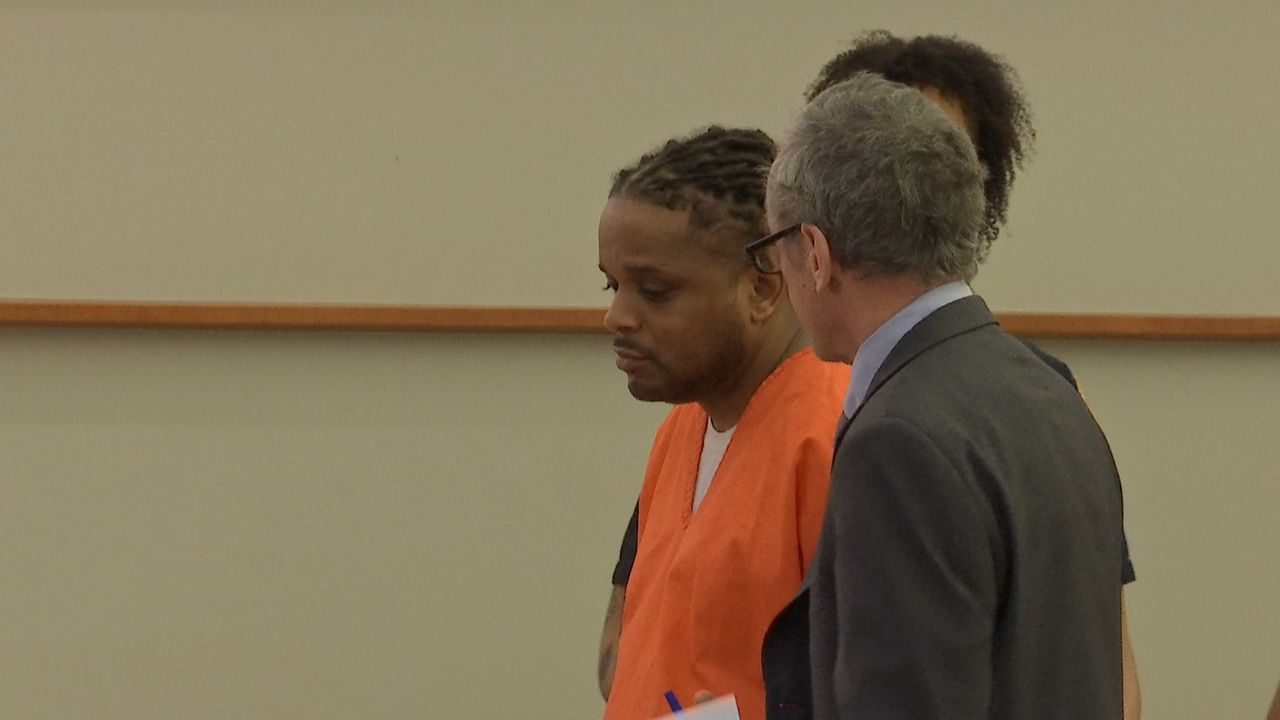 Standing in an orange jumpsuit, his hands cuffed behind his back, Robert Williams pleaded not guilty to a 52-count indictment Wednesday, including 11 counts of attempted murder. Police say the 45-year-old Bronx man shot at more than a dozen officers in two unprovoked attacks, 12 hours apart. Two cops were injured by the attacks.

Clark says the first shooting occurred on the night of February 8. Prosecutors say Williams walked up to a marked NYPD van and briefly engaged in a conversation with police officers Paul Stroffilino and Brian Hanlon.

“Then Williams allegedly took out a .9 mm semiautomatic pistol and fired at the two officers, striking Stroffalino,” said Clark.

Around 7:45 a.m. the next morning, prosecutors say Williams burst into the Precinct 41 Station House.

“The ambush in the police station was no less than an abomination. To enter a station house and fire a gun is unprecedented in the city and in our lifetime,” Clark continued.

Dozens of police officers packed the courtroom, along with family and friends of Williams for the arraignment. NYPD Deputy Chief Tim McCormack is grateful more officers were not hurt.

“I would like to thank our NYPD family that’s out there, our Bronx community here. That really showed a tremendous amount of support for both our injured officers,” McCormack said.

Police Benevolent Association President Pat Lynch was among those in the courtroom.

“We’re thankful to the district attorney’s office and the assistant district attorney that are taking this case so seriously, knowing that police officers and the public do not want evil walking our streets,” Lynch said.

Williams is being held without bail. He’s due back in court May 27.