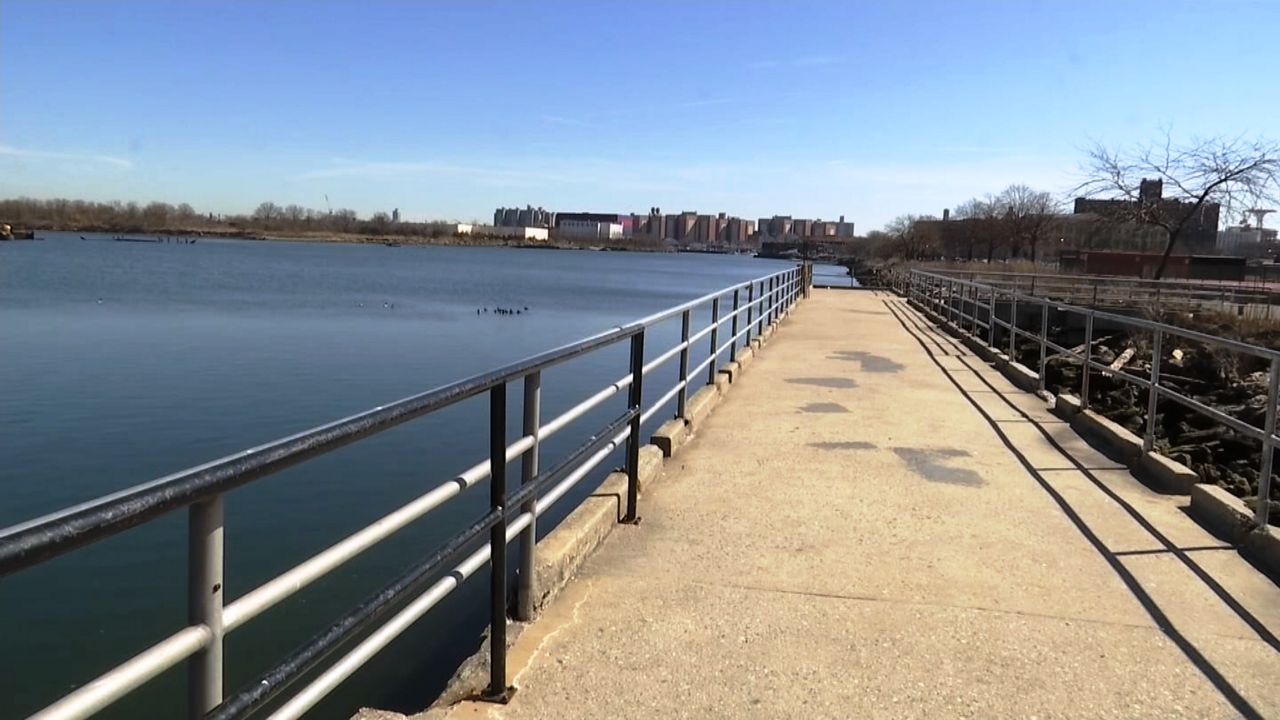 BROOKLYN, N.Y. – Sand dunes and seagrass line parts of Coney Island Creek forming a natural barrier against storms. Now some environmentalists worry the ecosystem here could be ruined when a landing dock is built for the NYC Ferry.

The city’s Economic Development Corporation says this fishing pier by the creek in Kaiser Park is the best location for the dock because it offers protection against high winds and rough waters. City Councilman Mark Treyger says the ferry is a necessity for Coney Island residents, particularly residents at the west end of the peninsula who have to take a bus to reach the subway station on Stillwell Avenue.

“We’re going from an hour and a half to 37 minutes to get to Manhattan.This is life changing for the families in my district,” Treyger said.

The city studied two other potential dock sites. One on the ocean side of the peninsula was ruled out because of strong currents, and this site by Gravesend Bay was rejected in part because of shallow waters and shifting sands. But a coalition of environmentalists favors the bay site and claim it’s being rejected simply because of cost. They say dredging the creek to make way for a ferry would stir up toxins.

“This is a tidal estuary meaning that with the tides, will be erosion that could potentially release these chemicals into the waterways,” Jordan said.

But the city says it would follow all state and federal regulations and mitigate any problem with toxins. It also promises to fix this fishing pier and pledge that it could be used even if the ferry docks here. It also promises to make the area fully accessible, and improve the lighting and signage.

“My office will work hard with the support of the Speaker to provide shuttle service to get folks to and from the ferry service all around the peninsula,” Treyger said.

Petitions both for and against the ferry dock project are circulating. The public comment period is open until March 16.