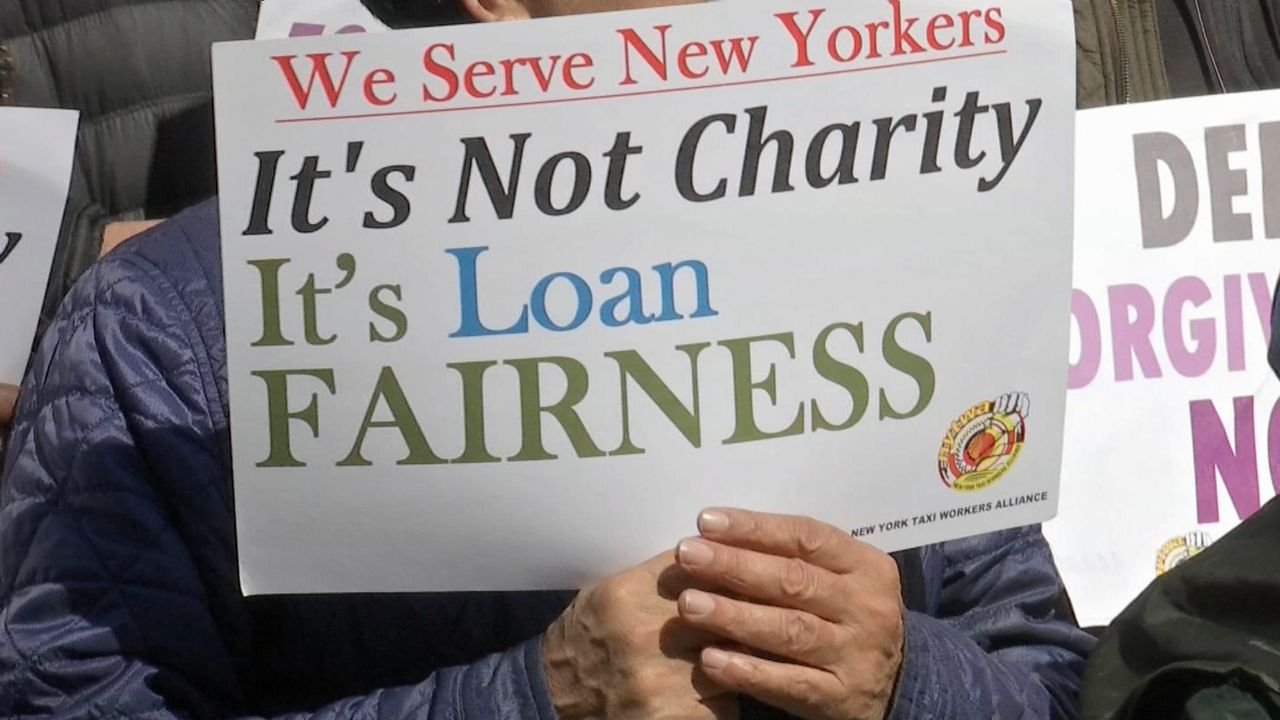 Taxi drivers and their advocates packed the steps of City Hall, demanding the de Blasio administration hit the gas on relief for struggling medallion owners.

“Right now, I can’t even pay what I have to pay,” said Dorothy Leconte, a medallion owner, “I have no money for me to survive.”

As the value of taxi medallions surged past a million dollars each, many drivers took out loans to buy them or borrowed against them.

But then the value of the medallions which permit holders to operate yellow cabs, crashed as drivers for e-hailing apps like Uber and Lyft flooded the city.

Many drivers got squeezed financially unable to make their loan payments. Nine drivers have killed themselves in the last two and a half years.

Drivers organized a campaign to get the de Blasio administration to create a program forgiving some debts.

Last month, the state attorney announced she will sue for more than $800 million alleging that the Taxi and Limousine Commission inflated the value of medallions, leading drivers to buy them at unsustainably high prices.

Taxi advocates hope that the state attorney general’s intention to sue the city for fraud over the inflated taxi medallion values pressures the city to take action as early as this month, before a lawsuit is officially filed.