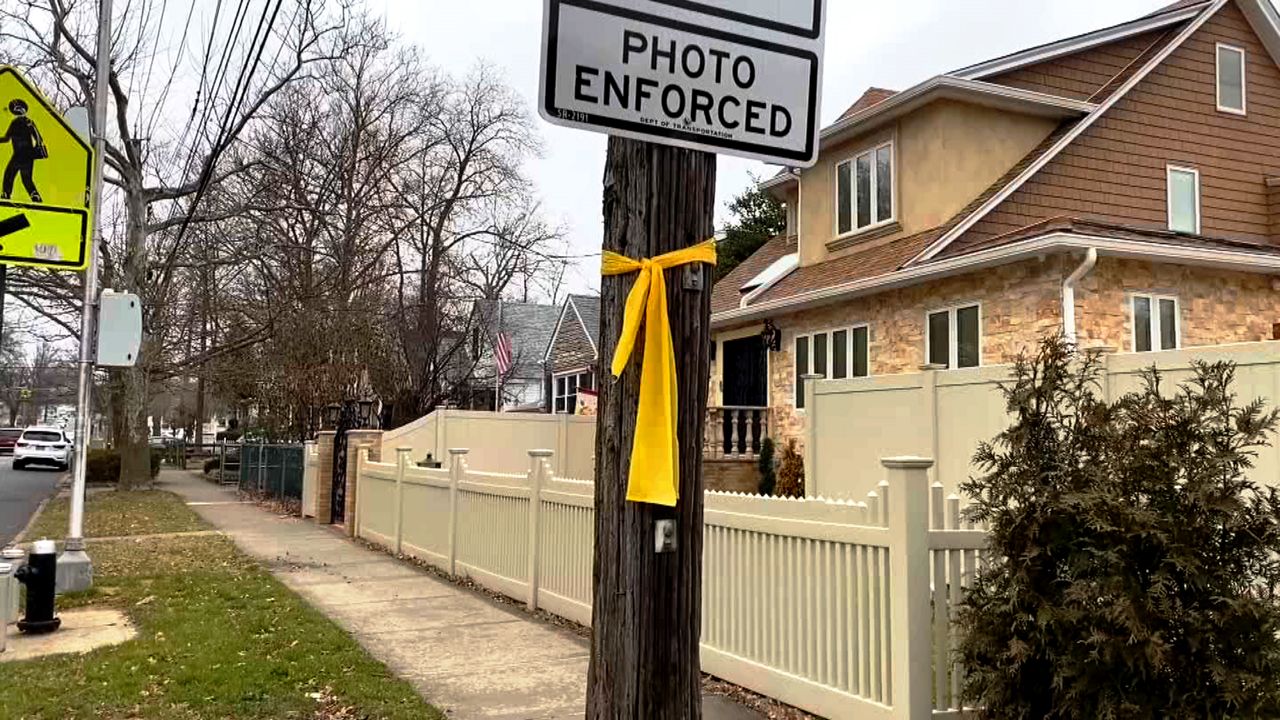 STATEN ISLAND, N.Y. – Yellow ribbons are wrapped around utility poles all over Staten Island — not to remember hostages or gunshot victims, like ribbon campaigns elsewhere in the country. Instead, they are a signal to drivers: You are entering a speed camera zone.

Staten Island resident Scott Nicholls started the Facebook group Staten Island Speed Cameras, which is behind the effort. It comes after the state and city approved a more than five-fold increase in the number of speed cameras citywide from 140 to 750 nearly two years ago.

More than 80 of the cameras are on Staten Island. The Facebook group keeps a running list of the locations in the borough, and asks members to identify any new sites. It also asks members to mark the actual camera zones with a yellow ribbon.

“Letting the people know that there’s speed cameras there, and they’re going to get a violation for it,” Nicholls said.

Under the new law, cameras can be placed anywhere within a quarter-mile of a school. Previously, the cameras only could be placed on a street where a school is located.

The cameras generated more than $10 million in fines across the city this past January alone.

In addition to tying ribbons around utility polls residents are also holding up signs at speed camera locations.

City Councilman Steve Matteo has proposed legislation that would require the city to post signs alerting drivers to the camera-enforced speed zones.

“Wouldn’t you want them to slow down? Instead of getting a ticket two weeks later. God forbid that one time there was an accident. Wouldn’t you rather them slow down, give them the heads up? I don’t understand what’s wrong with giving someone the heads up for the hope that they’ll slow down,” Matteo said.

A hearing on his bill has not been scheduled.

“I think the most important goal is that whenever you’re behind the wheel, that you’re driving, you’re adhering to the speed limit, whether there’s a sign telling to you or not,” said Sarah Blas of the Staten Island Child Health Initiative.

The DOT says the cameras record an average of 104 speeding violations a day in the first month after installation.

Eighteen months later at the same location, the number of violations falls to an average of 35 a day — a decline of nearly 70 percent.

Are Potential S.I. Landmarks Being Ignored by the City? Group Says Yes
STATEN ISLAND, N.Y. - The gates of the old Bayley…