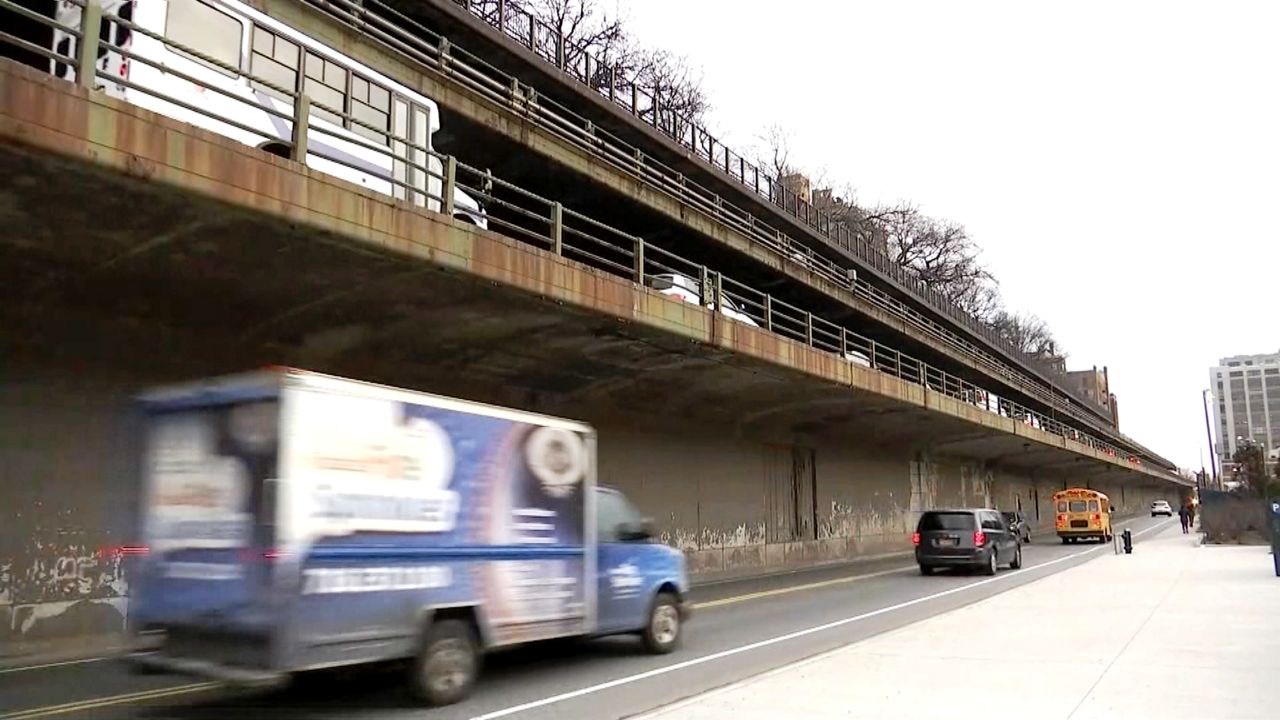 BROOKLYN, N.Y. – City Council Speaker Corey Johnson is stepping into the debate about the best way to repair a crumbling section of the Brooklyn-Queens Expressway.

He has hired an engineering and design firm to study the BQE, and released a new report with two solutions for the aging roadway.

One suggestion would be to replace the stretch of the BQE from Atlantic Avenue to Sands Street with a three mile long tunnel that would run between the Gowanus Expressway and  Bedford Avenue in South Williamsburg.

That plan would cost an estimated $11 billion and could take as long as 10 years to complete.

The other idea calls for what’s known as a “capped highway.”

That involves a buried roadway and an expansion of Brooklyn Bridge Park.

The capped highway plan could cost around $3 billion and would take just six years to finish.

In a statement, Johnson said, “This is not just about rebuilding a highway, this is a once-in-a-lifetime opportunity to build the city we deserve and need in the future.”

But some Brooklyn Heights residents are skeptical about the proposals.

“Once a truck would hit a pothole right under neath the whole building used to shake so could you imagine if they were doing construction day in and day out I would be surprised if the bricks don’t crack,” said one resident.

The engineering company that conducted the report is  presenting its findings to the Transportation Committee at City Hall on Tuesday.

Child Fatally Struck by School Bus in East New York
BROOKLYN, N.Y. - Authorities in Brooklyn are investigating after a…