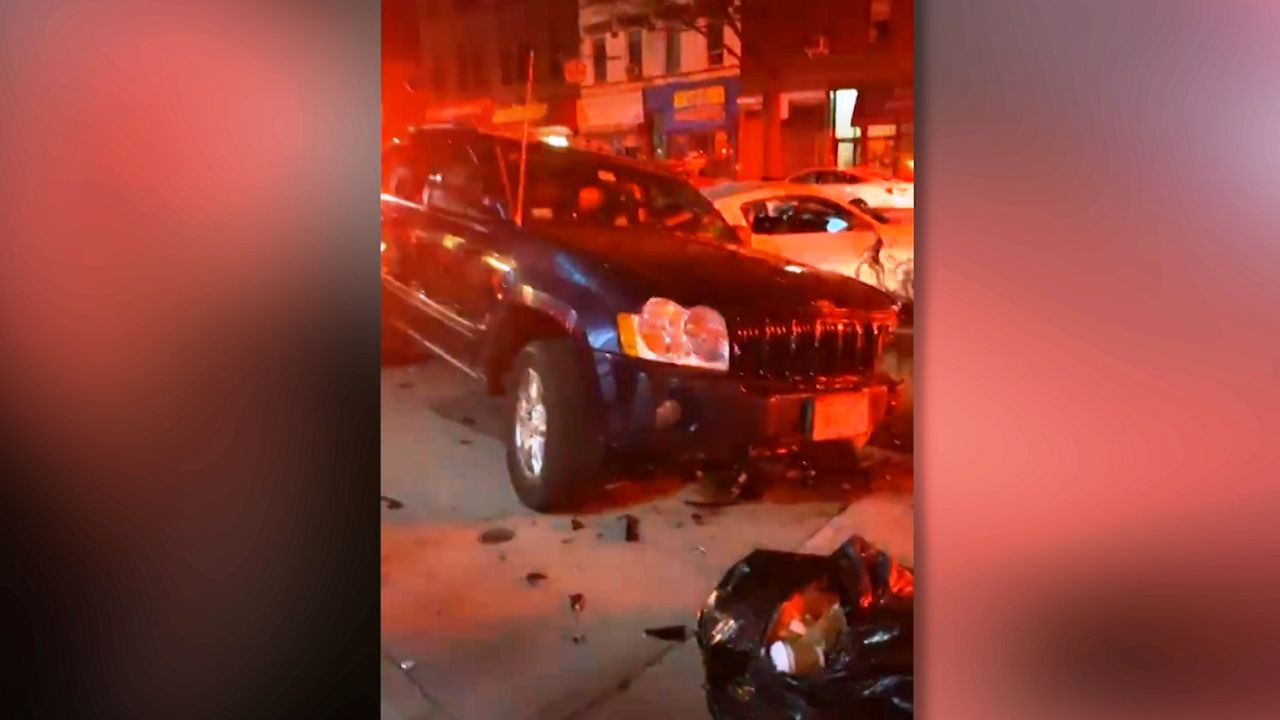 The parked cars were unoccupied.

Police are still investigating what led up to the crash.

Bronx Community Remembers Slain Deli Worker
If you look closely, the words “miss” and “love” are…