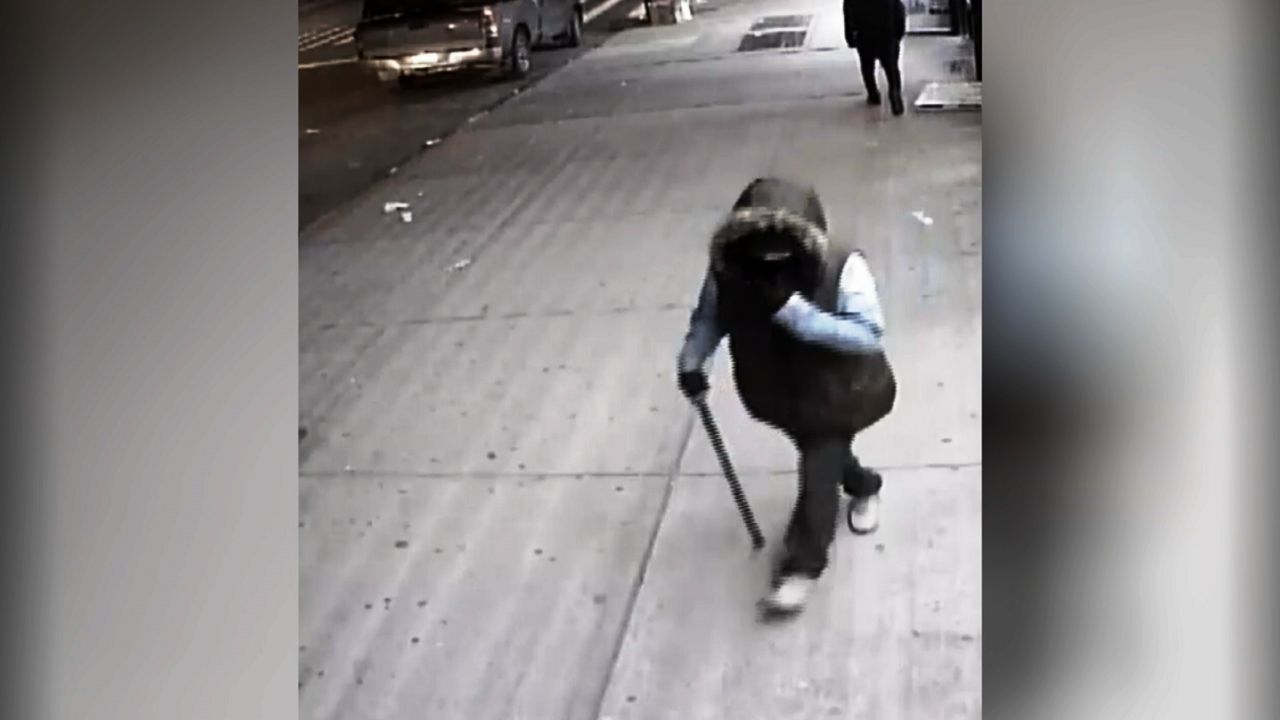 BRONX, N.Y. – Police have released footage of a person wanted for questioning in connection with the killing of a cashier inside a deli in the Bronx last week.

It happened around 6:30 p.m. Friday inside the store located at 217 Brook Avenue in Mott Haven.

Police say the victim, Yahya Almuntser, 34, was hit several times before the shooter ran off.

The person wanted for questioning was seen on video wearing a mask covering his face and walking with a cane.

He was last seen wearing a brown jacket with a hood and a blue shirt.

The Yemeni American Merchant’s Association is offering a $10,000 reward in hopes someone identifies the shooter responsible.

Man Arrested, Accused by Police of Raping 11-Year-Old Girl
The NYPD has arrested a man who authorities say raped…