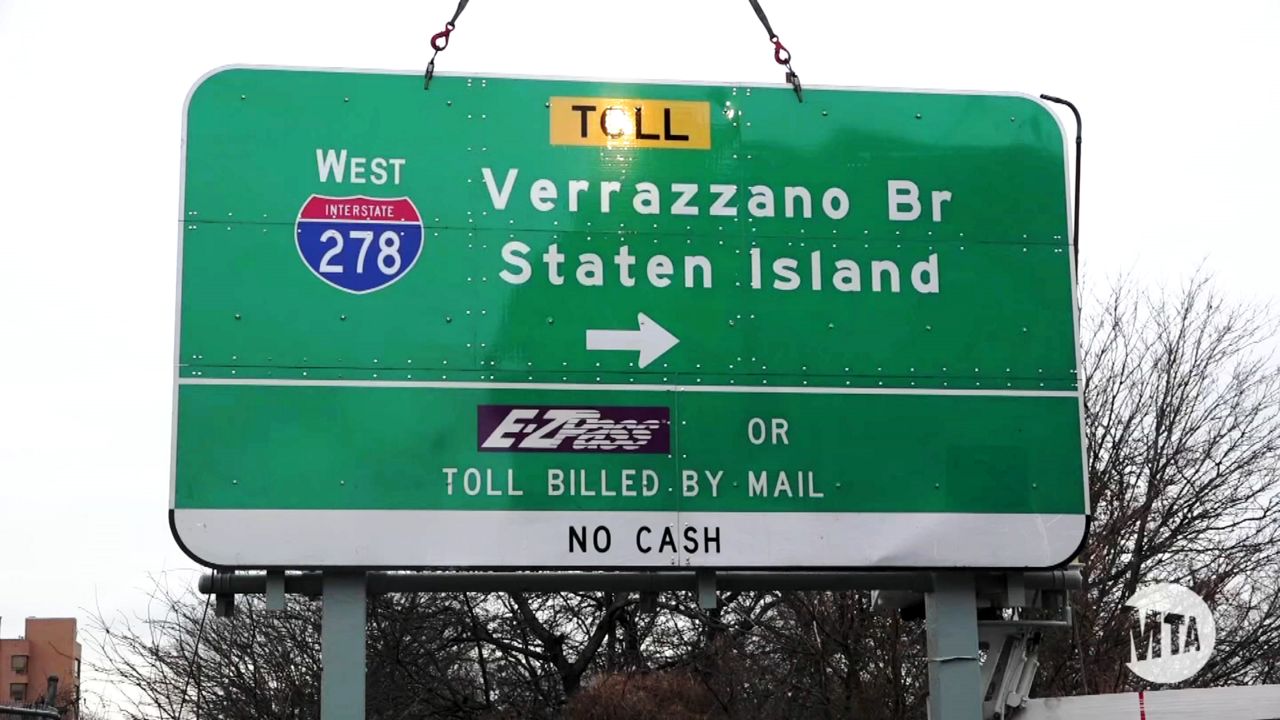 NEW YORK – The MTA has replaced the first Verrazzano Bridge sign to include an additional “Z”.

The bridge is named for European explorer Giovanni da Verrazzano and originally only had one “Z” in all its signage when it opened in 1964.

The MTA will replace the remaining signs under normal maintenance schedules to avoid incurring costs above and beyond normal replacement.